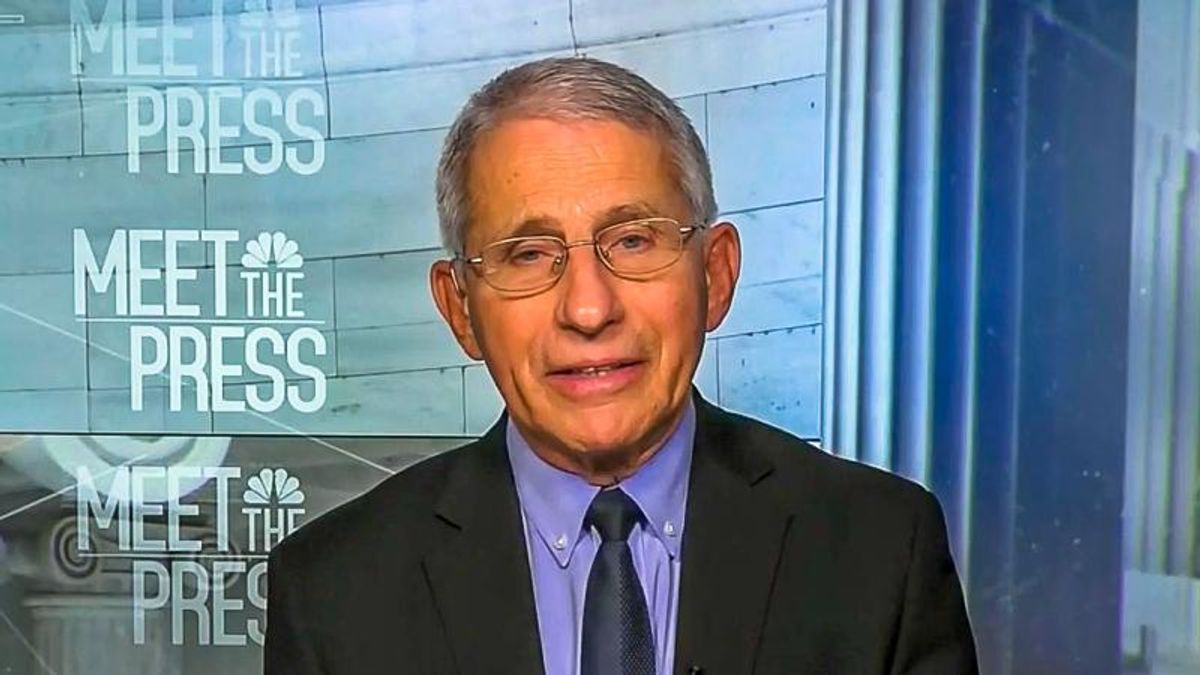 Dr. Anthony Fauci, the federal government's top infectious disease expert, on Sunday lamented the "disturbing" trend of people refusing to get the COVID-19 vaccine if they voted for former President Donald Trump.

NBC's Chuck Todd asked Fauci about a recent poll which found that 47% of Trump voters said that they would not get the vaccine, while only 10% of Biden voters rejected inoculations.

"Do you think [President Donald Trump] needs to be enlisted here at all to get his voters to take this vaccine?" Todd wondered.

"Chuck, I hope he does because the numbers that you gave are so disturbing," Fauci replied, "how such a large proportion of a certain group of people would not want to get vaccinated merely because of political consideration. It makes absolutely no sense and I've been saying that for so long."

"We've got to dissociate political persuasion from what's common sense, no-brainer public health things," he added. "The history of vaccinology has rescued us from small pox, from polio, from measles, from all of the other diseases. What is the problem here? This is a vaccine that is going to be life saving for millions of people. How some groups would not want to do it for reasons that I just don't understand."