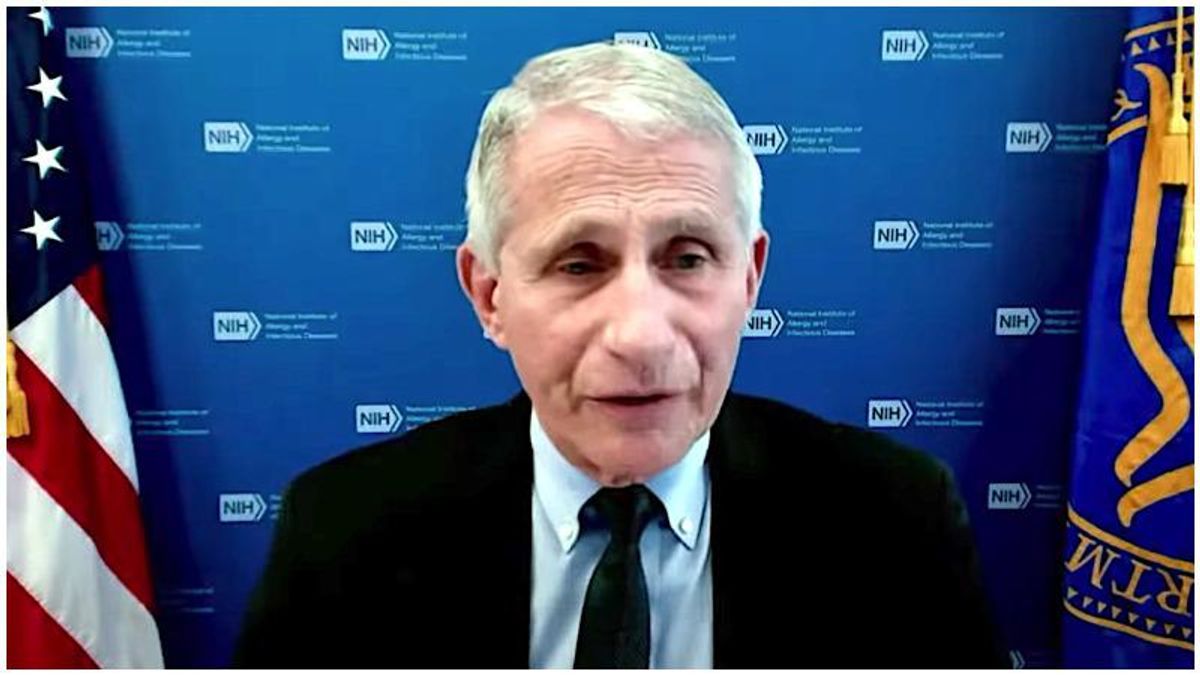 As Great Britain lifted COVID restrictions while its vaccination campaign continues to show success, a more transmissible new strain of the virus is gaining traction, complicating plans to fully reopen the country on June 21. According to Yahoo! News, health officials here in the U.S. are warning that similar complications could arise if the variant takes hold here.

The new variant, known as Delta or B.1.617, is around 40 percent more transmissible than the original strain, and it's increasing worries from virologists who are afraid that a vaccine-resistant strain could develop. While the Delta variant accounts for only about 6 percent of cases in the U.S., Dr. Anthony Fauci warns that all could change.

"We cannot let that happen in the United States," Fauci said in a Tuesday briefing, adding that the new variant may be "associated with increased disease severity."

Fauci also said that people who have had one dose of the Pfizer and AstraZeneca vaccines appear to be especially vulnerable to the Delta variant.

As Yahoo! News points out, about 40 million people have had a single shot, according to government data, with around 28 million having received the second shot.

Read the full report over at Yahoo! News.