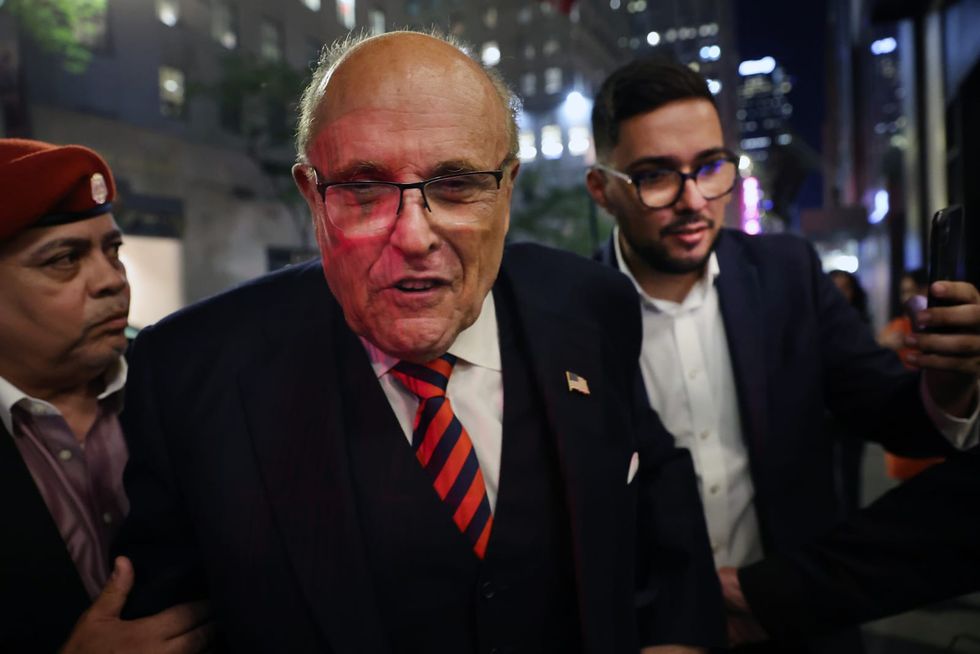 Rudy Giuliani is slamming the search of former President Donald Trump’s Mar-a-Lago as a “fascist police state” tactic. The former New York City mayor, who has been under federal investigation for myriad potential misdeeds, accused the FBI and Department of Justice leadership of abusing their “awesome power” to target his ex-boss. “The FBI and DOJ leadership has abused the awesome power of law enforcement as if the U.S. has no constitution and is a fascist police state,” Giuliani tweeted late Monday. Giuliani also accused the officials of a “cover-up” of supposed crimes linked to President Joe ...