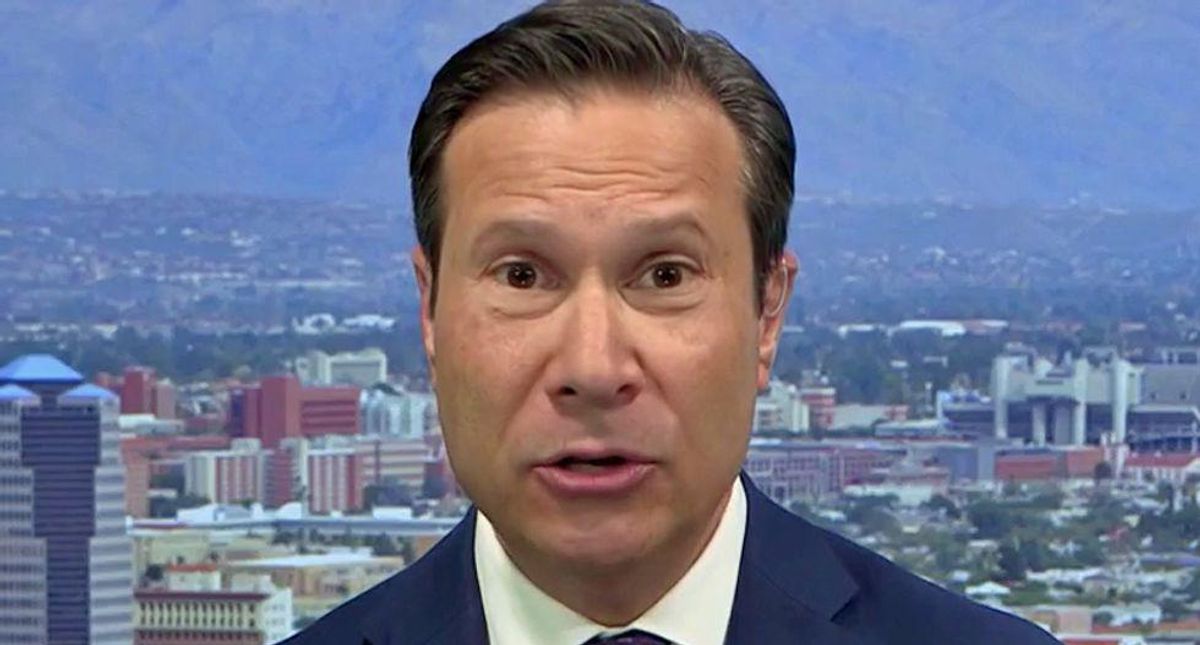 "I want to ask you about the idea of [Matthew Dowd's] that [Trump] was a clear and present danger and ask you if he still is," MSNBC's Nicolle Wallace said. "Because this is a story not just because this crazy lady's squatting in a mansion talking to Icelandic reporters furthered them, but because the disgraced ex-president grabbed them and sent them to his Justice Department and asked the Justice Department to act on them."

"You're absolutely right," Figliuzzi replied. "Let's be clear here, we're not talking about conspiracies that just spontaneously sprung up from the population as they do — urban legends that need to get swatted down or that take on a life of their own — we're looking at conspiracy as a deliberate strategy."

"Deception as a strategy," he explained. "And you could argue that the former president now out of office has absolutely no guardrails and zero accountability and can engage in this even more often."

Figliuzzi explained the latest Fox News conspiracy theory that the FBI was behind the insurrection as evudence the bureau is closing in on the leadership of the attack.

"I think that they are frightened out of their minds that the FBI is actually looking at the root causes of this. And we have some confirmation of that because NBC News obtained one of the FBI interview transcripts of one of the January 6 defendants," he said. "And lo and behold, what is one of the questions they asked him? 'Do you know anybody in Congress or congressional staffers? "If that is becoming a standardized question under certain circumstances, they have every right to be worried and that's why we'll see them continue to plant this cockamamie theory that the FBI did it."