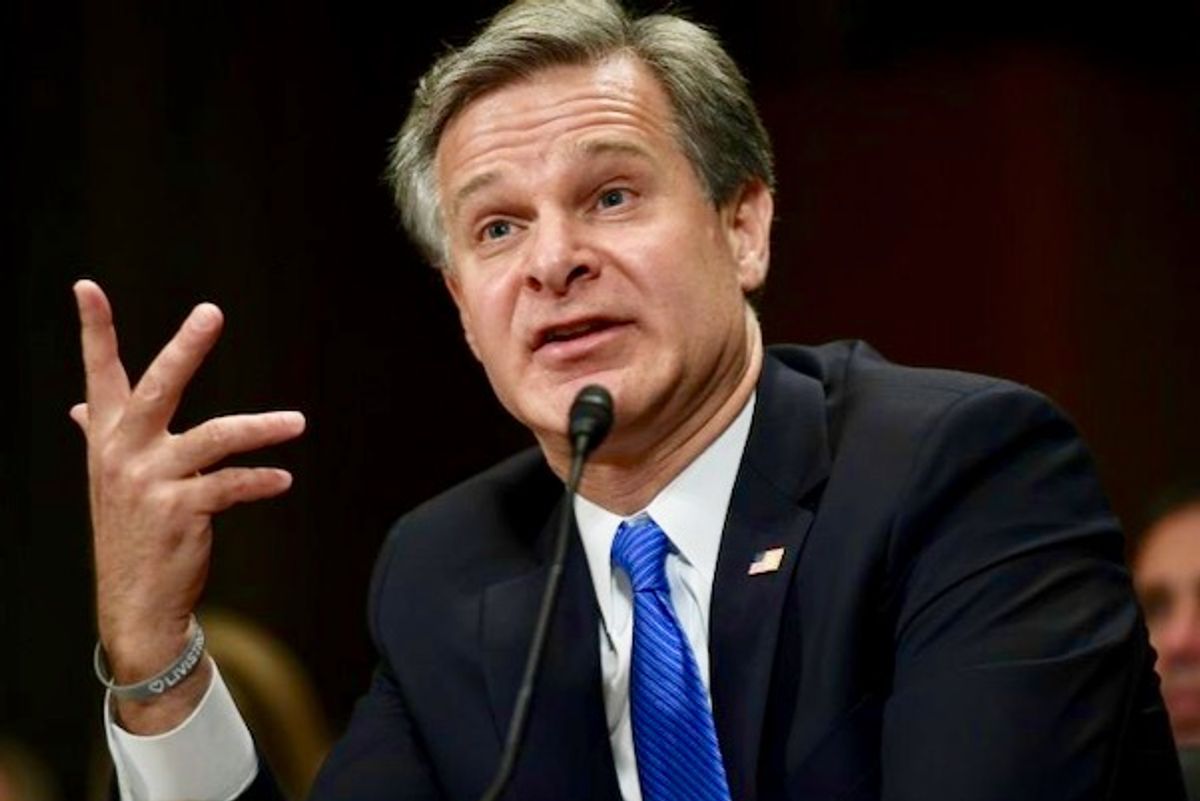 On Monday, The Daily Beast reported that the FBI searched through huge collections of National Security Agency-gathered foreign communications for information on domestic terrorists and gangs in the United States — without any sort of authorization by a court.

"Even though the Foreign Intelligence Surveillance (FISA) Court warned the FBI in 2018 that its warrant-free queries, known as backdoor searches, were constitutionally alarming, the bureau still conducted queries relevant to criminal investigations about, among other things 'domestic terrorism involving racially motivated violent extremists,'" reported Spencer Ackerman. "The court's Judge James E. Boasberg found what he referred to as 'apparent widespread violations of the querying standard.'"

In addition to domestic terrorism, the report said, "The FISA Court recounts government acknowledgement that at least 40 FBI searches through the NSA's warrantlessly-collected data involved 'health care fraud, transnational organized crime, violent gangs' and 'public corruption and bribery.' On at least one occasion, around May 2020, an FBI analyst looked through the foreign NSA troves 'to vet [a] potential source in [a] predicated criminal investigation relating to public corruption.' Seven FBI field offices were implicated in 'these and a number of similar violations,' according to a November 18, 2020 FISA Court opinion declassified on Monday and signed by Boasberg."

The FBI maintains that none of these searches were actually "used in a civil or criminal proceeding" — but had they been, these searches could have jeopardized suspects' right to a fair trial and given ammunition for appeal. Indeed, noted the report, "In an opinion released in 2019, the Court explicitly warned the FBI that its backdoor searches were dubious under the Fourth Amendment."

In recent years, the NSA has reduced the use of warrantless surveillance of some Americans as the programs to do so have become controversial.