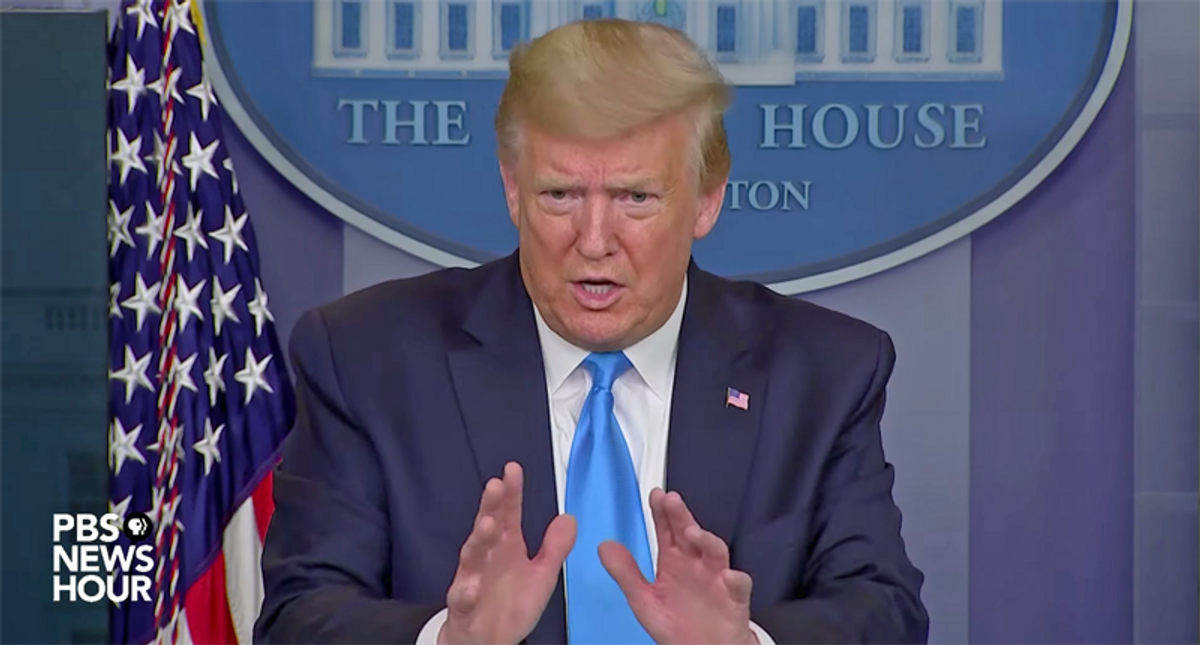 Donald Trump's post-election efforts to overturn the 2020 presidential results have distracted from his response to the coronavirus pandemic, as cases surged in November and December.


On Saturday night, The Washington Post published a deep-dive titled, "The inside story of how Trump's denial, mismanagement and magical thinking led to the pandemic's dark winter."

"As the number of coronavirus cases ticked upward in mid-November — worse than the frightening days of spring and ahead of an expected surge after families congregated for Thanksgiving — four doctors on President Trump's task force decided to stage an intervention," the newspaper reported.

"White House Chief of Staff Mark Meadows, among the many Trump aides who were infected with the virus this fall, was taken aback, according to three senior administration officials with knowledge of the discussions. He told the doctors he did not believe their troubling data assessment. And he accused them of outlining problems without prescribing solutions," the newspaper explained. "The doctors explained that the solutions were simple and had long been clear — among them, to leverage the power of the presidential bully pulpit to persuade all Americans to wear masks, especially the legions of Trump supporters refusing to do so, and to dramatically expand testing."

Trump, as his Twitter followers can attest, was focused on the fact he lost the 2020 election.

"Trump went days without mentioning the pandemic other than to celebrate progress on vaccines. The president by then had abdicated his responsibility to manage the public health crisis and instead used his megaphone almost exclusively to spread misinformation in a failed attempt to overturn the results of the election he lost to President-elect Joe Biden," the newspaper reported.

"I think he's just done with COVID," the advisor, who was granted anonymity, said. "I think he put it on a timetable and he's done with covid. . . . It just exceeded the amount of time he gave it."