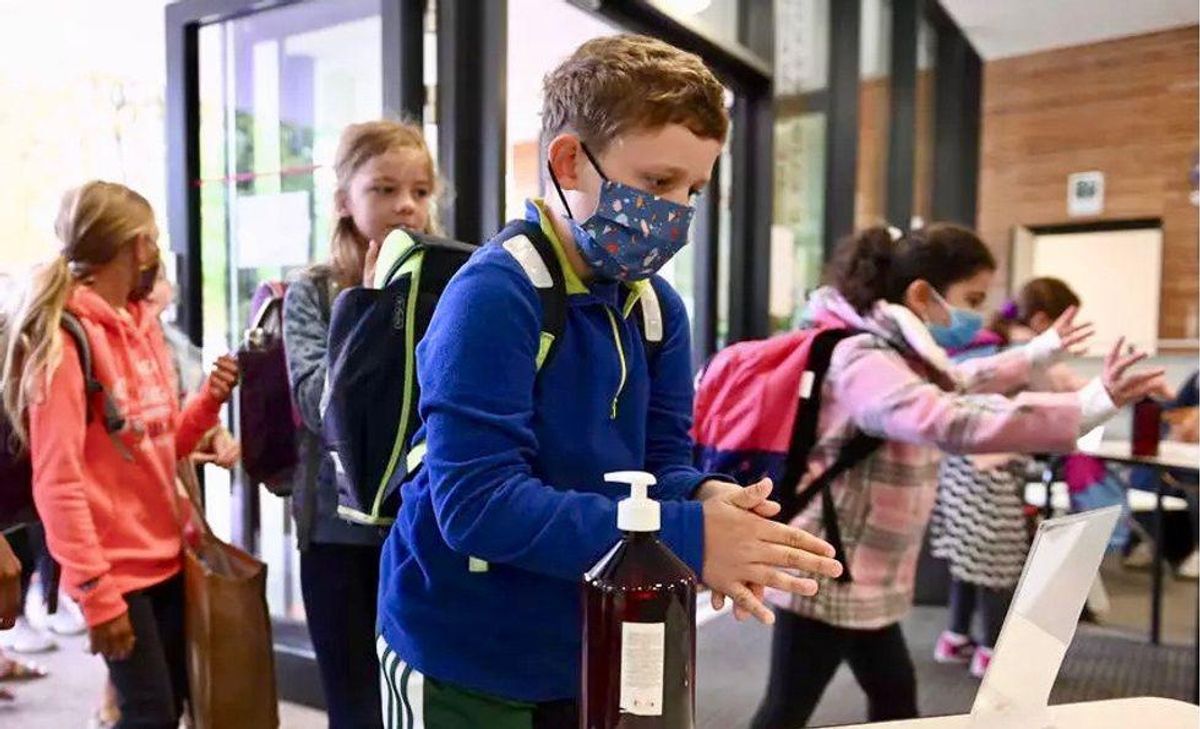 A federal judge has temporarily blocked an Iowa law that prohibited schools from instating mask mandates on students.

Under a Monday ruling by District Judge Robert Pratt, Iowa school districts may impose mask mandates on their students, staff and teachers. The decision comes after a disability rights group and several Iowa families sued the state, arguing that students with disabilities face “irreparable harm" when attending schools without universal masking. The lawsuit contended that prohibiting schools from requiring masks was a violation of the Americans with Disabilities Act.

This article was originally published at Iowa Capital Dispatch

Pratt issued a temporary restraining order that prohibits the state from enforcing the law.

Gov. Kim Reynolds promised to appeal Pratt's ruling, calling him an “activist judge." Reynolds did not say specifically what steps the state would take to appeal the temporary restraining order, but she noted it was “very positive" that a state judge ruled against granting a temporary injunction in a similar case.

“People should never lose sight of the fact that you have an option to wear a mask," Reynolds told reporters at a Monday evening event, emphasizing her belief that parents should be able to make that decision for students.

Asked to respond to the argument of the lawsuit — that universal masking was necessary to protect children with disabilities — Reynolds directed reporters to her comments at a press conference earlier this month, where she said that there were online alternatives to in-person learning and that some students had issues wearing masks.

Pratt wrote in his decision that it is in the public interest to prevent the spread of COVID-19, especially “for the safety of disabled children."

“Moreover, there is little harm to … permitting the individual public school districts to return to the way in which they were operating prior to [the law's] passage by leaving a universal mask mandate to their discretion," Pratt wrote.

The ACLU of Iowa filed the lawsuit on behalf of the Arc of Iowa and the group of parents.

“We are grateful to the district court for blocking this dangerous law, which put vulnerable kids in harm's way and violated their civil rights in education," Rita Bettis Austen, legal director of the ACLU of Iowa, said. “We are relieved that schools across the state will now be able to protect those kids as required by federal law."

“The court's decision to set aside Iowa's ban on school districts being able to protect children in our care is welcome news," said Superintendent Tom Ahart in a statement.