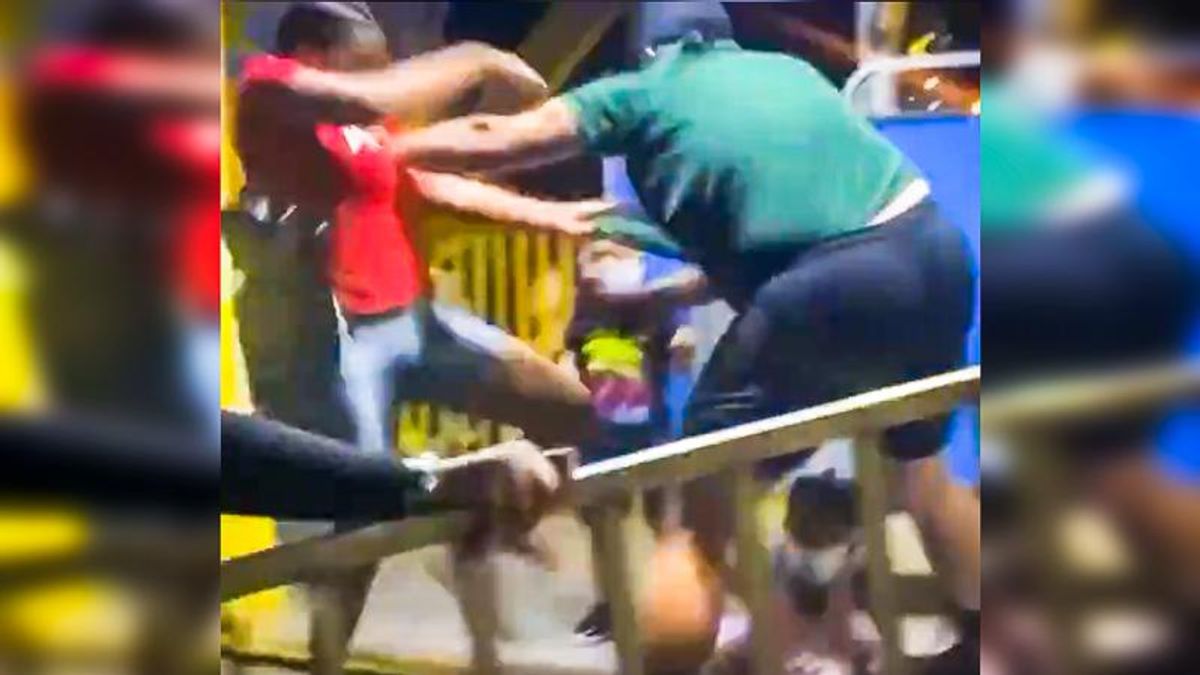 Video shared on social media shows the mother scolding the operator as she exits the ride. The man can be seen putting his hands on the woman, pushing her back and appearing to choke her. Meanwhile, one of the woman's two children are thrust onto the hard floor of the ride.

Within seconds, a man and a second woman jump through the ride's gates to defend the mother. The ride operator is pelted with punches and kicks as more onlookers jump in to fight him.

According to people who were at the event, the ride operator had participated in another fight earlier in the evening. It was also caught on video.

Okay, so apparently dude was just on one that night... tried to fight his coworker and everything. Look at this shit! Just before the fight happened pic.twitter.com/XFzn9s0vXl
— Your Dad's SideChick💋 (@iTw33tHoeShit) April 18, 2021