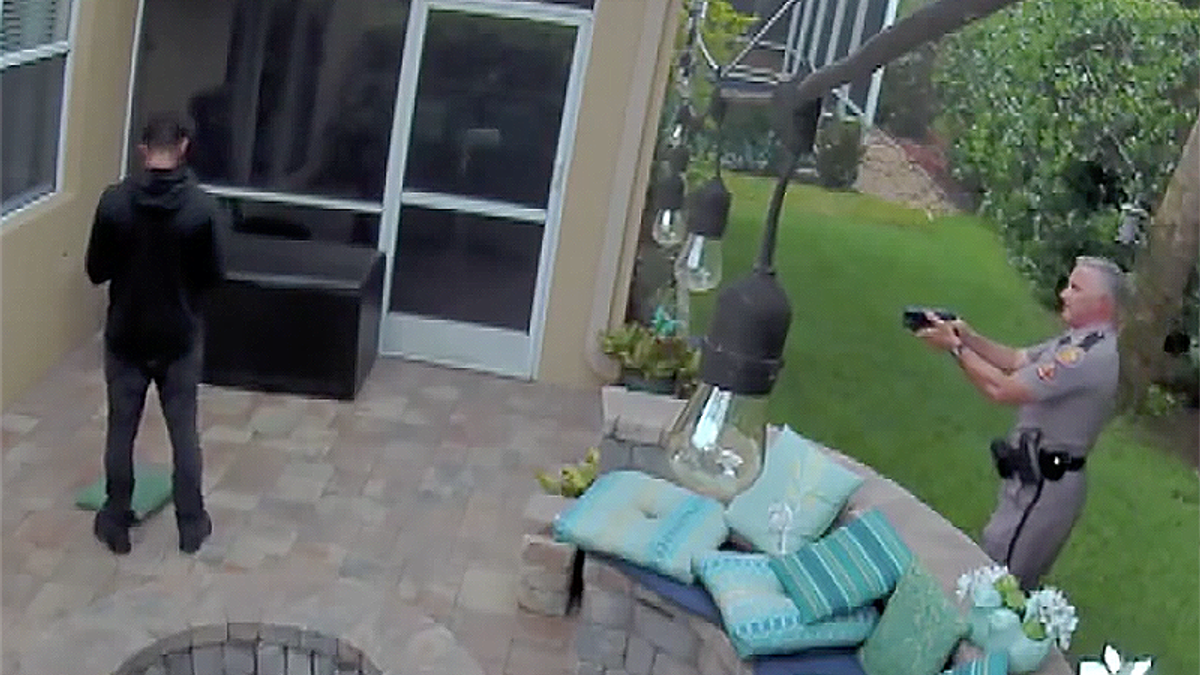 Still, a state trooper tased him, put him in handcuffs and took him to jail.

The whole event was caught on the family's surveillance camera.

"Put your hands behind your head!" the trooper can be heard yelling.

That's when the cop deployed his taser.

"I mean my son was just standing there on his phone," Rodeman's mother explained. "He wasn't reaching in his pockets. The officer there was no threat to that officer."

The teenager was held for 21 days in prison and never committed a crime.

CBS 12 revealed that the official police report said that the trooper believed he was a "suspicious person" because he was dressed in black. It also said that when he saw the police car he "darted" and hid. It's unclear if the "darting" was just to walk to his girlfriend's back porch.

The police officer said he was forced to tase the teen because he wouldn't put his hands behind his back. The video below shows otherwise.

The video also shows the teen's girlfriend coming outside where she presumably told the police officer that the kid was her boyfriend. She walks over to them both while her boyfriend is handcuffed.

There's no excuse from police for why he was kept in jail for 21 days.

Read the full report and see the shocking video below: