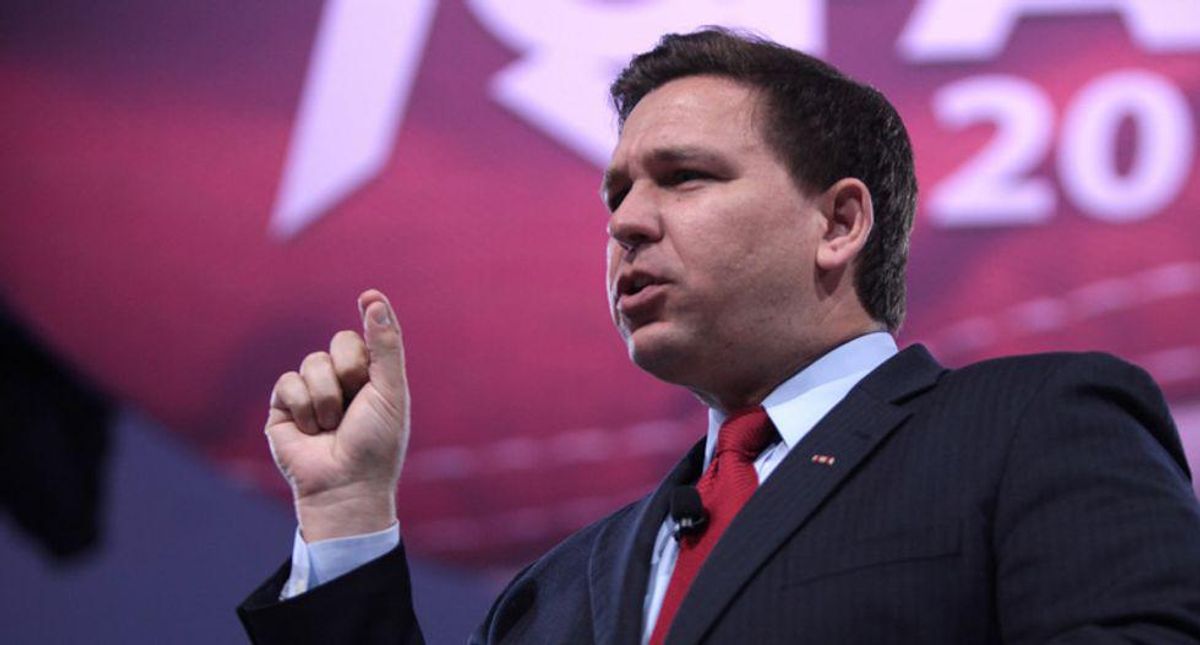 When President Joe Biden told DeSantis to "get out of the way" so that the U.S. can save the citizens of the state, the governor claimed that Biden was attacking the state, when it was actually an attack on him.

Now he's fundraising off of the comments, claiming that he desperately needs campaign dollars while unvaccinated voters continue to die. Some Florida Twitter users have also started calling the governor "Ron DeathSantis" as a response to his indifference to the suffering that an increasing number of children in the state now faces.

In a press conference Wednesday, DeSantis blamed undocumented immigrants coming over the southern border for bringing the virus to his state. Florida doesn't share a border with Mexico and their southern, eastern and western borders are all ocean.

So, these migrants would have to cross the border on foot illegally over the border in Texas and then make their way, while sick with COVID, all the way to Florida to spread the virus.

When people present themselves at the border and attempt to come in at the checkpoints they're given COVID tests. Those with the virus are detained.

Those living in the state took to Twitter Thursday to attack DeSantis, attack Republicans and mock their anti-science agenda. But some took it a step further, warning that Florida is officially too dangerous for people to visit.

As a Floridian, I’m disgusted with @GovRonDeSantis choosing politics and ambition over the people of our state. C… https://t.co/q0FluGdrWx
— kevinbiegel (@kevinbiegel) 1628191242.0

Shout out to all the vaccinated and mask wearing people that must be mentally exhausted as a Floridian blue dot. https://t.co/tTAF24aT1U
— ClockOutWars (@ClockOutWars) 1628162139.0

As a Floridian; I urge every one of you to support @NikkiFried for our Governor. I’m sick and tired of Ron DeSantis… https://t.co/WpJVLjNG4n
— David Weissman (@David Weissman) 1628170984.0