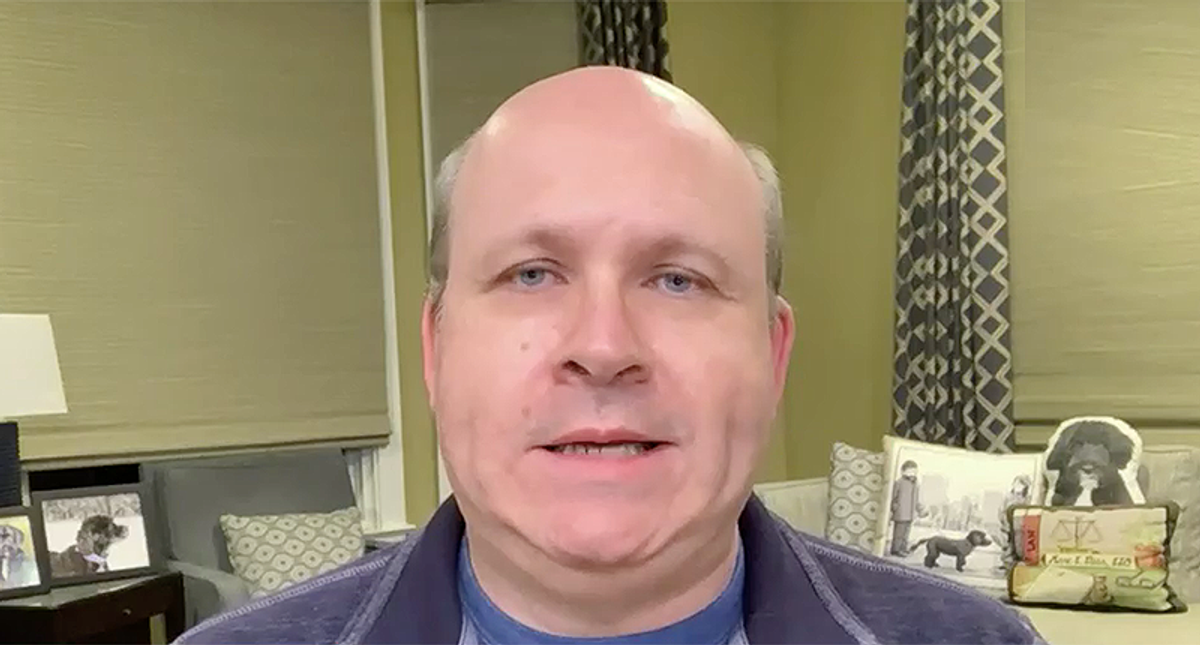 "The Senate Rules Committee will hold a markup Tuesday of the For the People Act, a massive voting and elections bill. Democrats claim the bill is necessary to counter new voting restrictions being considered by multiple states, while Republicans decry it as federal overreach," reported Grace Segers.

"Why describe it as controversial?" Elias asked.

"Seriously, @CBSNews--do you really need to 'both-sides' democracy?" he asked.

Polling on the bill is quite positive, even among Republicans.

"Back in March, the New Yorker's Jane Mayer obtained a recording of an adviser to Mitch McConnell privately bemoaning, on a call with conservative group leaders, that Democrats' big voting rights bill, the For the People Act, polled quite well," Vox's Andrew Prokop reported on Tuesday. "A new Data for Progress poll conducted as part of a partnership with Vox backs up that assessment. The poll surveyed 1,138 likely voters nationally between April 16 and April 19, and it finds that much of what the 800-page bill claims to do is overwhelmingly popular."

"More than 80 percent of respondents said they supported preventing foreign interference in elections, limiting the influence of money in politics, and modernizing election infrastructure to increase election security. More than 60 percent of respondents supported requiring nonpartisan redistricting commissions, a 15-day early voting period for all federal elections, same-day registration for all eligible voters, automatic voter registration for all eligible voters, and giving every voter the option to vote by mail," Prokop reported.