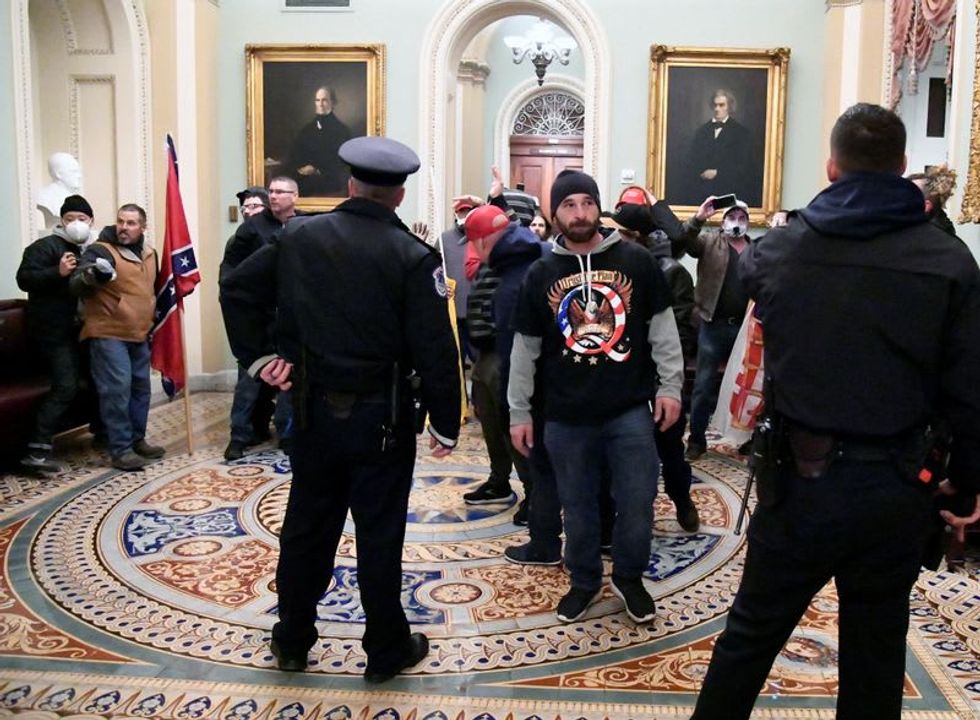 WASHINGTON (Reuters) - Former U.S. House sergeant-at-arms Paul Irving Tuesday denied authorities had rejected having National Guard troops working at the U.S. Capitol on Jan. 6 alongside Capitol Police because of "optics," saying the intelligence did not warrant them. Irving made his comments in testimony prepared for two Senate committees investigating security preparations and response to the the Jan. 6 attack on the Capitol by a mob of supporters of former President Donald Trump. (Reporting by Susan Cornwell; Editing by Chizu Nomiyama)