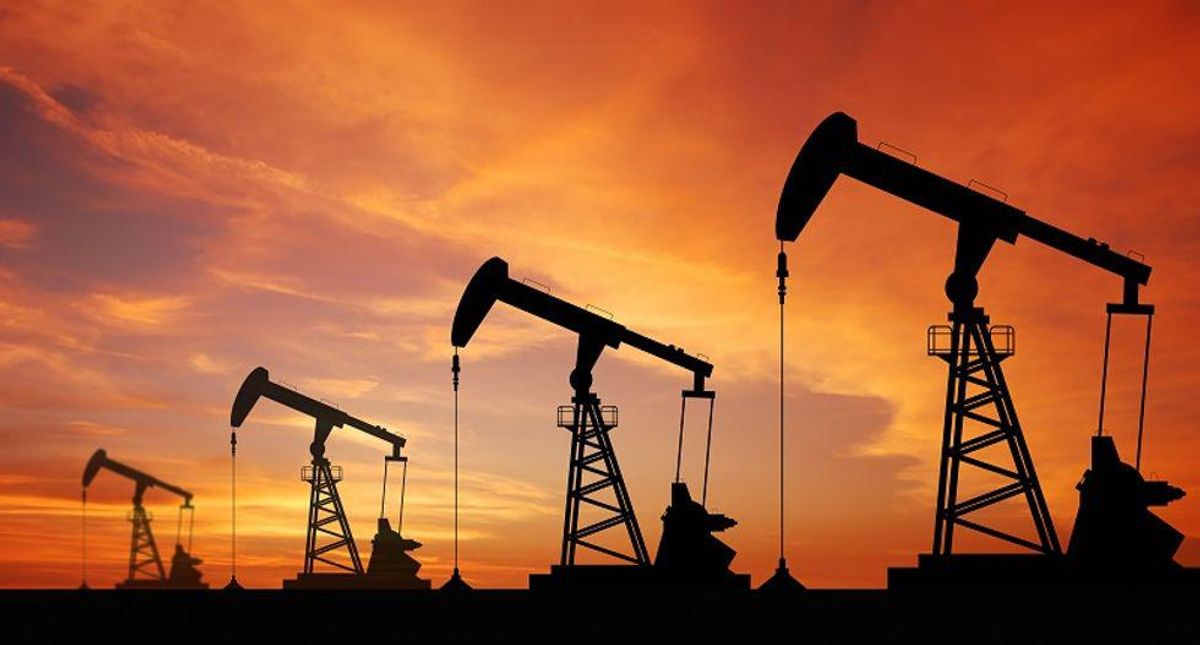 Bolstering arguments against providing further public benefits to the fossil fuel industry, a BailoutWatch analysis published Friday reveals that 77 companies got a collective $8.24 billion tax bailout last year, then laid off tens of thousands of employees.

The tax benefits for major polluters resulted from two provisions of the Coronavirus Aid, Relief, and Economic Security Act, signed by then-President Donald Trump in March 2020. The CARES Act changed corporate tax cuts from legislation that passed under Trump in late 2017, which critics often refer to as the Trump-GOP "tax scam."

"The impact of the change was highly concentrated, enabling each of the 77 firms to collect an average of $107 million in benefits," the nonprofit's new report explains. "Among the top beneficiaries, the contrast between the millions—even billions—they received and the number of workers they sacked is staggering."

According to BailoutWatch's review of fossil fuel firms' Securities and Exchange Commission filings, "Payrolls were cut by a net 58,030 jobs at the 74 of these companies that reported employee headcounts for the end of 2019 and 2020."

"The 62 companies that laid off workers collected $7.65 billion through the tax bailout—about $131,000 for each of the 58,488 people they left jobless," the report says. "Five companies filed for bankruptcy protection after receiving $308.7 million in tax bailouts and laying off a total of 5,683 workers."

The report discloses that three companies reported no employment changes last year while nine others—which together got $406 million of tax benefits—added a total of 416 jobs. Those 12 companies accounted for $556.6 million of the analyzed benefits.

Occidental spokesperson Eric P. Moses told Inside Climate News that the cuts were associated with its 2019 acquisition of Anadarko Petroleum "and completed prior to the Covid pandemic and Congress' passage of the CARES Act."

Marathon disputed the figure, saying that less than 30% of its $2.1 billion tax benefit was due to the CARES Act provisions. However, its annual securities filing said that based on the carryback "as provided by the CARES Act, we recorded an income tax receivable of $2.1 billion" to reflect the company's estimate of the refund it expected to receive in its 2020 tax return.
Marathon spokesman Jamal T. Kheiry said some of the layoffs were associated with the idling of refineries, and added that the company was generous with employees who lost their jobs. "To help affected employees transition, we provided severance, bonus payments, extended healthcare benefits at employee rates, job placement assistance, counseling and other provisions," he said.

Though the tax benefits didn't require companies to keep staff, BailoutWatch researcher Chris Kuveke still criticized the firings. He told The Guardian, "I'm not surprised that these companies took advantage of these tax benefits, but I'm horrified by the layoffs after they got this money."

"Last year's stimulus was about keeping the economy going, but these companies didn't use these resources to retain their workers," Kuveke added. "These are companies that are polluting the environment, increasing the deadliness of the pandemic, and letting go of their workers."

The researcher further noted that fossil fuel companies "had no problem paying their executives for good performance when they didn't perform well."

"There is no problem with working Americans retaining their jobs but I don't believe we should subsidize an industry that has been supported by the government for the past 100 years," said Kuveke. "It's time to stop subsidizing them and start facing the climate crisis."

As the BailoutWatch report notes:

Some companies' coronavirus bailouts were not limited to the tax benefits. At least seven took a collective $37.7 million from the Small Business Administration's Paycheck Protection Program—money designed to keep people employed. Yet six of them laid off a total of 335 workers, averaging one layoff for every $247,000 they received from the two tax programs.
And seven companies received the implicit endorsement of the Federal Reserve when it included their bonds in its Secondary Market Corporate Credit Facility (SMCCF) portfolio, signaling to investors that it was ready to shore up their bad bets on the companies. Fed support helped oil and gas companies borrow nearly $100 billion from private markets.

The analysis comes after BailoutWatch estimated in November that fossil fuel companies had received $5.5 billion in tax benefits, as part of up to $15.2 billion in all benefits tied to the CARES Act. In contrast with his predecessor, President Joe Biden is taking aim at benefits for the industry.

Although the $2 trillion infrastructure plan Biden unveiled this week has been criticized by some for falling "woefully short" on the climate crisis, the White House did make clear that he wants to "eliminate tax preferences for fossil fuels and make sure polluting industries pay for environmental clean up."

"The current tax code includes billions of dollars in subsidies, loopholes, and special foreign tax credits for the fossil fuel industry," says a White House fact sheet for the plan. "As part of the president's commitment to put the country on a path to net-zero emissions by 2050, his tax reform proposal will eliminate all these special preferences. The president is also proposing to restore payments from polluters into the Superfund Trust Fund so that polluting industries help fairly cover the cost of cleanups."