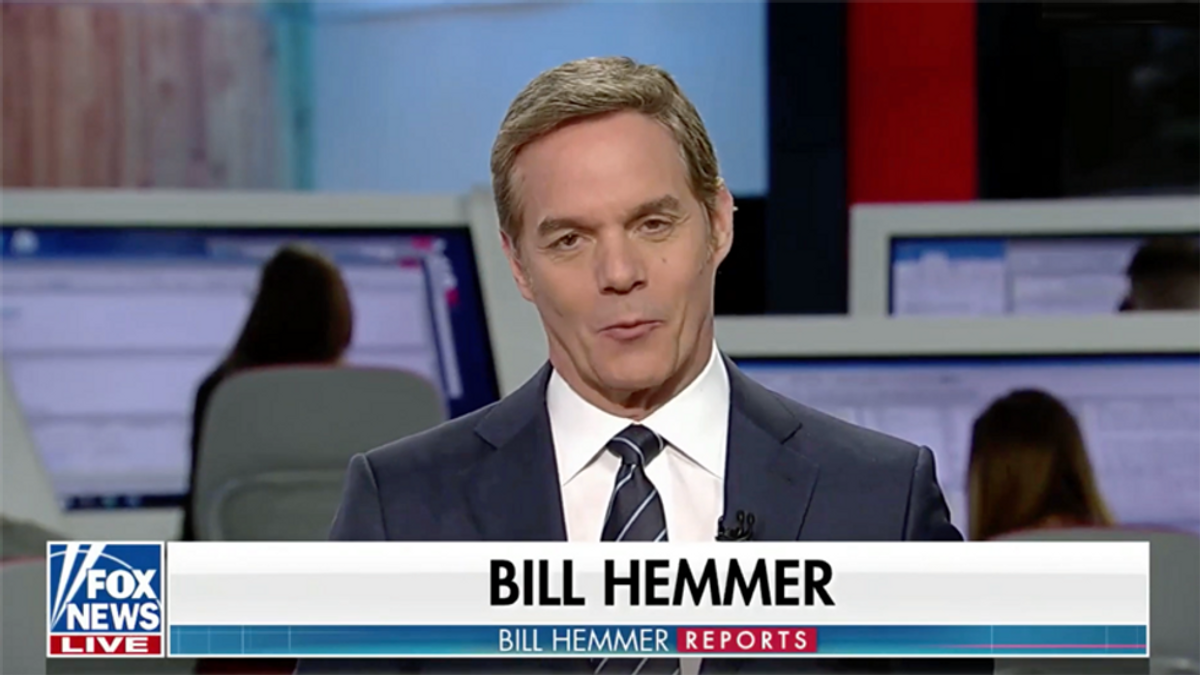 On Fox News Tuesday, anchor Bill Hemmer made a major mix-up of political history when he appeared to credit philosopher Karl Marx with writing "Mein Kampf."

"I remember 20 years old going to Trier, Germany and trying to find the home of Karl Marx cuz, y'know, 1848 — he wrote 'Mein Kampf'," said Hemmer during the segment. "I want to know what it's all about."

Marx and Friedrich Engels were the authors of "The Communist Manifesto," which was published in 1848. "Mein Kampf" ("My Struggle") was written by Adolf Hitler, the Nazi dictator who was instrumental to developing fascism, and published in 1925.

A few moments later in the piece, Hemmer noted the mistake and corrected it.

He later corrected himself: