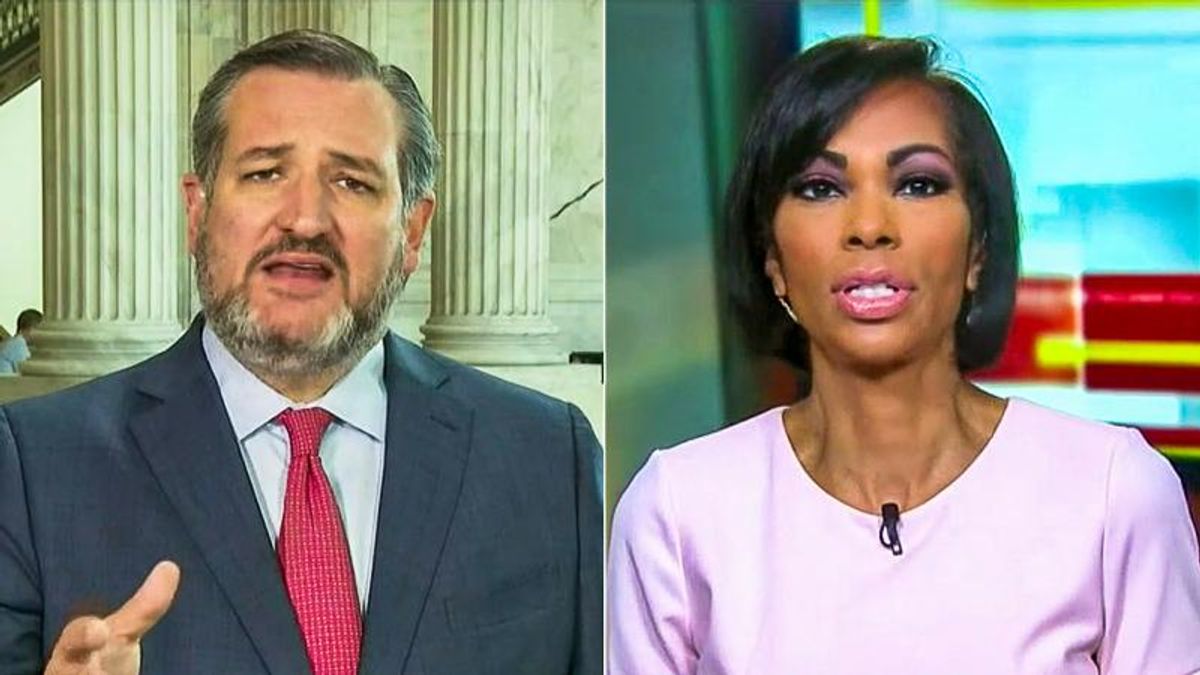 Just minutes after officials in Boulder named the 10 victims of Monday's mass shooting, Harris began her Faulkner Focus program by interviewing Cruz about the border.

At one point during the interview, Faulkner noted that Harris had recently let out a laugh while answering a question about the border.

"I do want to get your response to this," Faulkner said. "She seemingly laughed off a question from a reporter who asked yesterday if she would be visiting the border amid the growing migrant crisis."

Faulkner added: "If you factor in the pandemic that we're in, the health crisis that we're in, they have created an international super spreader event at facilities along our border, endangering everybody! The people trying to get here and Americans. Wow."

Faulkner ended the interview without asking Cruz about the shooting. She then quickly moved on by introducing another segment about the border.