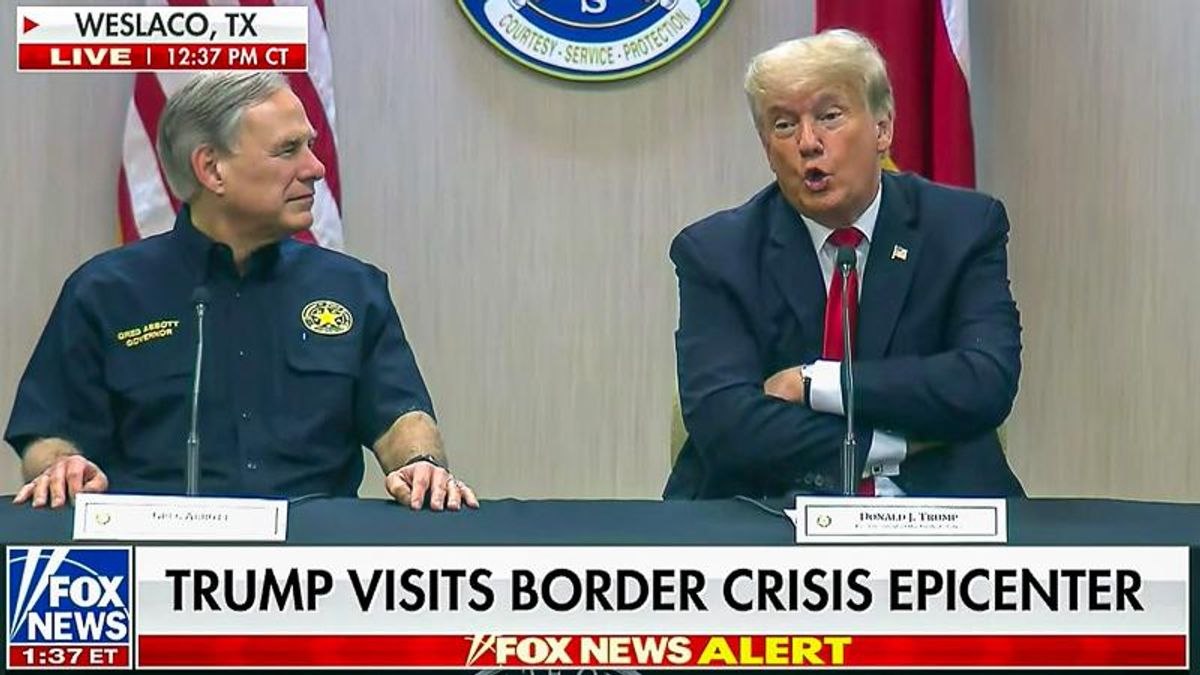 Fox News on Wednesday cut off a broadcast of former President Donald Trump's visit to the border after he began ranting about the 2020 presidential election.

Although Fox News had heavily promoted the former president's trip to Texas throughout the day, the network decided to cancel the president's press conference about a minute after he claimed the voting system in America is a "disaster."

"We had an election where we did much better than we did the first time and amazingly we lost," Trump complained while sitting next to Texas Gov. Greg Abbott (R). "I just want to thank the people of Texas because we won in a landslide. It wasn't even close."

At that point, Fox News cut the former president's audio. Hosts Shannon Bream and Brian Kilmeade interrupted the ongoing press conference and quickly changed the subject back to the border.