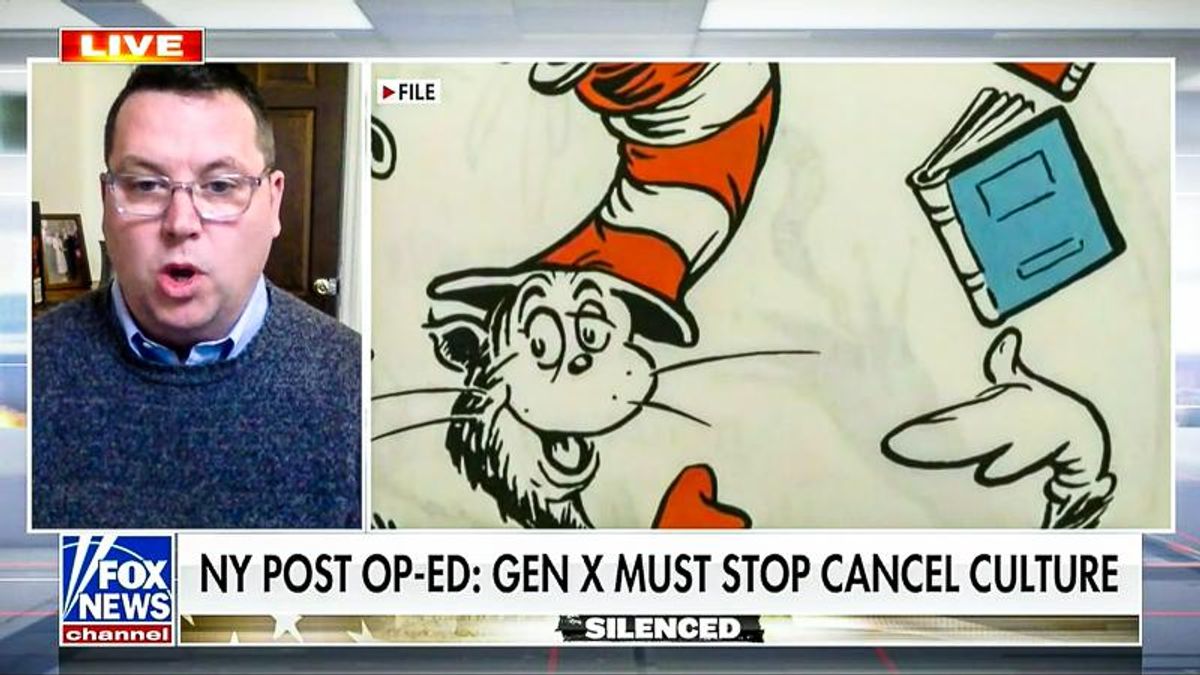 For the third week in a row, Fox News devoted air time to the news that Dr. Seuss Enterprises was ceasing the publication of six books due to racially insensitive depictions.

"From Dr. Seuss to the Muppets and broadcasters losing their jobs for sharing their opinions on TV, we are witnessing really a growing movement in America to silence opposing minority voices by a social media mob," Fox News host Gillian Turner said to announce a segment about how Generation X can push back against so-called "cancel culture."

"We are at this cultural inflection point where we are asking ourselves really at the national level if [transgender] teenagers can look at Mr. Potato Head and retain their sense of self-worth or if we can, as adults, still watch Gone with the Wind or read Dr. Seuss and also be committed to, you know, the pursuit of racial equality," Turner said.

Author Matthew Hennessey, who wrote a recent op-ed on the subject, told Turner that the debate was "incredibly stupid."

"When we start down the road of policing speech that we don't like, we're going down a very dark road indeed," he explained during his Fox News appearance. "We have a chance to turn the tide. If we don't, I'm afraid things are going to get real ugly in 10 or 20 years time and we may not recognize the country that we grew up in."

Fox News co-host Bill Hemmer weighed in at the conclusion of the interview.

"It's a great source of debate that we can all have together," he said.