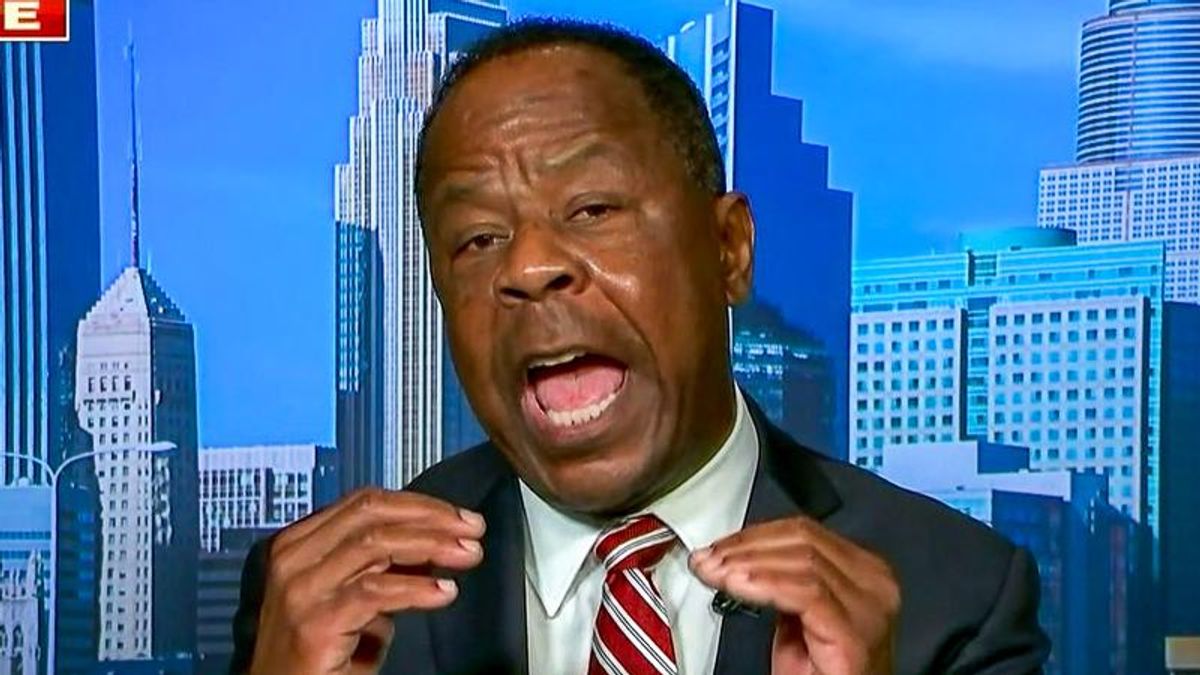 Fox News legal contributor Leo Terrell argued on Monday that the jury in the Derek Chauvin trial should not be allowed to repeatedly watch the killing of George Floyd on video.

Terrell spoke about the case following the opening statements from prosecution and defense attorneys.

"I think it's a powerful defense," Terrell opined. "The defense did a great job of telling the jurors that there's a totality of evidence, other film. And what the prosecution did that was wrong, they withheld evidence from the jury."

"And I think the prosecution, by playing that 9-minute tape over again, they're going to make the jury numb to it!" he warned. "You need to have Minneapolis Police Department say [Chauvin's] knee was out of policy. If they don't say that, they're in trouble."

Terrell also pointed to what he called Floyd's "drug infestation."

"I heard no evidence of any type of intent on the part of the officer to kill George Floyd," the Fox News contributor said. "I think the prosecution overcharged. It's going to be a very tough case for the prosecution on those higher charges."

"But overall, I thought the defense did a great job of showing the jury all the evidence," he added. "The prosecution, in my opinion, don't play that tape over and over again because you will numb the jury."