'I'm not going to put up with this!' Mercedes Schlapp melts down after Fox News guest calls her a 'grifter' 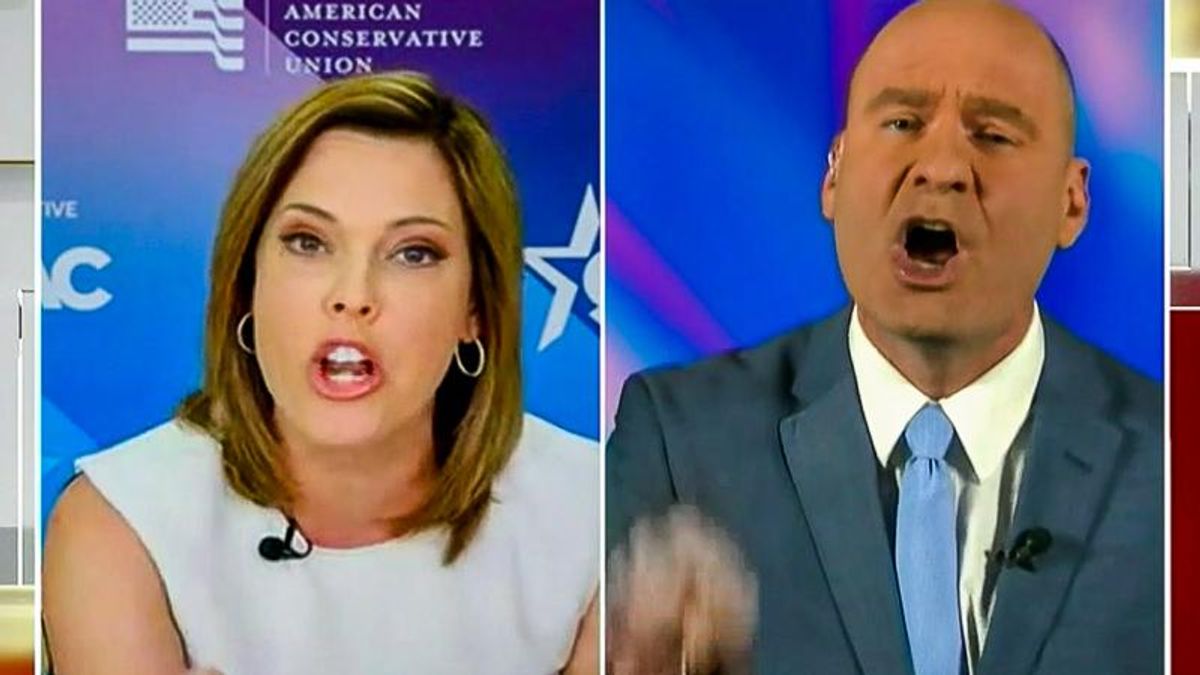 Mercedes Schlapp, host of the Conservative Political Action Conference, became angry on Tuesday after a Fox News guest called her a "grifter."

During a discussion on Fox News, Schlapp objected to the idea of "vaccine passports" even though the Biden administration has said that it has no plans to implement the policy.

Schlapp accused Democrats of having an "illogical mentality" because they oppose voter ID requirements.

But liberal podcast host Chris Hahn pointed out that the idea of vaccine credentials is being driven by the private sector.

"But Republicans, like everything else they've done during this horrible crisis we've been through are pushing these conspiracy theories that the government is trying to control you, which is causing some of their followers not to get vaccinated," Hahn explained. "People like Tucker Carlson, like Jim Jordan, like Mercedes right here, right now casting doubt on the fact that -- or trying to convince people that the government is somehow watching you, that is very irresponsible."

"It is time for conservatives in this country to acknowledge that we have a crisis and start joining the fight to end it and stop spreading lies about what's going on in this country," he added. "It is devastating this country and blood is on the hand of the former guy and others who support him."

"You're not going to call Tucker Carlson a conspiracy theorist!" she shouted. "That is wrong. That is what democrats do."

"I'm not going to put up with this!" Schlapp exclaimed. "I stand for freedom. I stand for the freedom of the American people."

"No you don't," Hahn insisted. "You're a grifter. This is ridiculous."

At that point, Fox News host Gillian Turner instructed her guests to stop "the name calling."

"But I'm not going to allow Chris -- he does this all the time -- to call me, to call Tucker Carlson a liar," Schlapp objected.

"We have every right to make this decision!" Schlapp ranted. "We are a country that has a constitution."