Conservatives keep telling judges that 'no reasonable person' would believe what they say: analysis 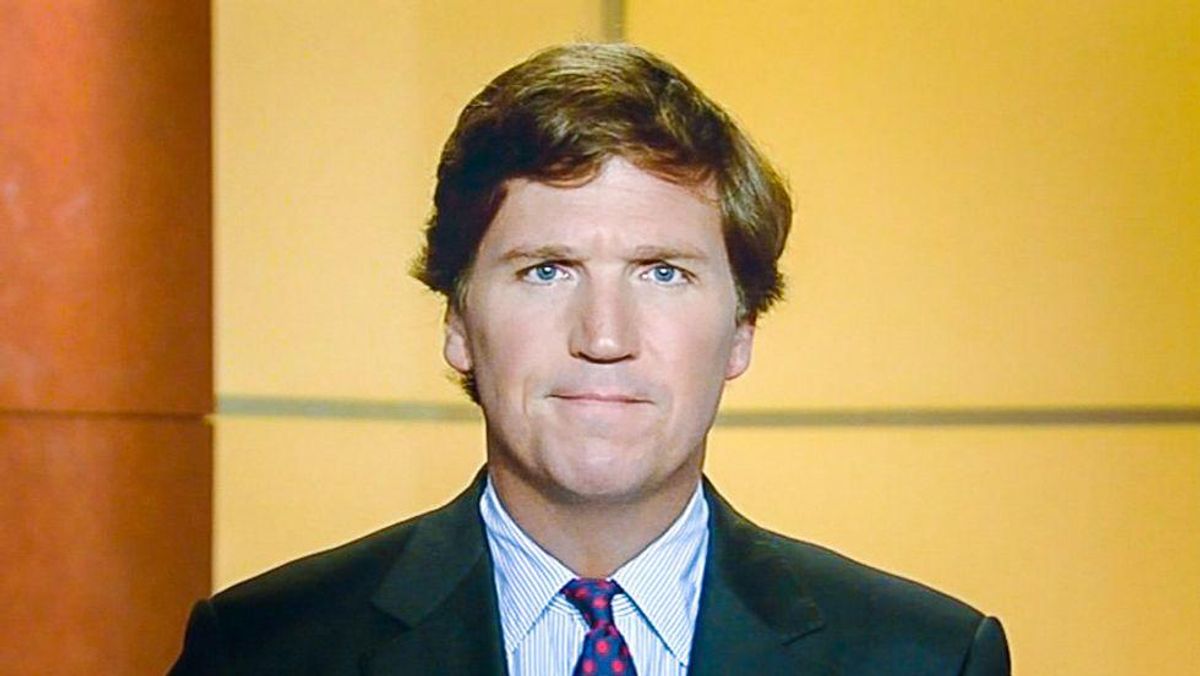 Conservatives are increasingly relying on a courtroom defense that they don't know what they're talking about and everyone knows it, according to a new piece by Jake Whitney published in The Daily Beast.

That defense, dubbed the 'No Reasonable Person' defense, has been made by a string of prominent conservatives, including Sidney Powell, Alex Jones, and Tucker Carlson. It argues that 'no reasonable person' would believe the statements they make, which ostensibly gives them the right to say whatever they want—no matter how reckless or untrue. The 'No Reasonable Person' defense is significant because it shows that conservative media stars and their networks, and even prominent conservative lawyers, are finally admitting that they are not reliable sources of facts: They are opportunists and entertainers, first and foremost," he explained.

"Take Sidney Powell, Donald Trump's former lawyer. In March, Powell sought to dismiss a $1.3 billion defamation suit filed against her by Dominion Voting Systems. Her lawyers argued that 'No reasonable person would conclude that the statements [Powell made] were truly statements of fact.' The 'statements' the motion referred to were Powell's claims that Dominion engaged in a widespread conspiracy to rig the 2020 presidential election for Joe Biden—by, among other things, electronically switching votes cast for Trump to Biden," he wrote. "Those statements were repeated constantly by Fox News and other right-wing outlets, doing untold damage to our democracy by helping entrench the fallacy that the election was stolen (polls show most Republicans still believe this)."

At least some at these networks know they are lying.

"This disingenuousness extends to entire networks, as well. Take One America News, an increasingly influential conservative news channel. For a story published in April, Marty Golingan, a producer at OAN, told The New York Times that he believed his channel's misinformation helped spark the Capitol riot," he noted. "Moreover, he claimed that most OAN employees did not believe Trump's voter fraud claims even though the network frequently promoted them. Checking his claims, The Times interviewed 18 current and former employees and found that 16 of them backed Golingan, agreeing that the channel ran stories that were 'misleading, inaccurate, or untrue.' (Twelve OAN employees ultimately quit in the wake of the riot.)"

Whitney argues it illustrates the current state of the GOP.

"In spreading his 'Big Lie,' Trump was aided by people like Powell, Jones, Carlson, Rudy Guiliani, Jeanine Pirro, Lou Dobbs (these last three are being sued by Smartmatic, another voting systems company) and so many like them. But again, these are entertainers and lackeys, not serious commentators. The evidence—indeed, their own courtroom admissions—is increasingly bearing this out," he wrote.