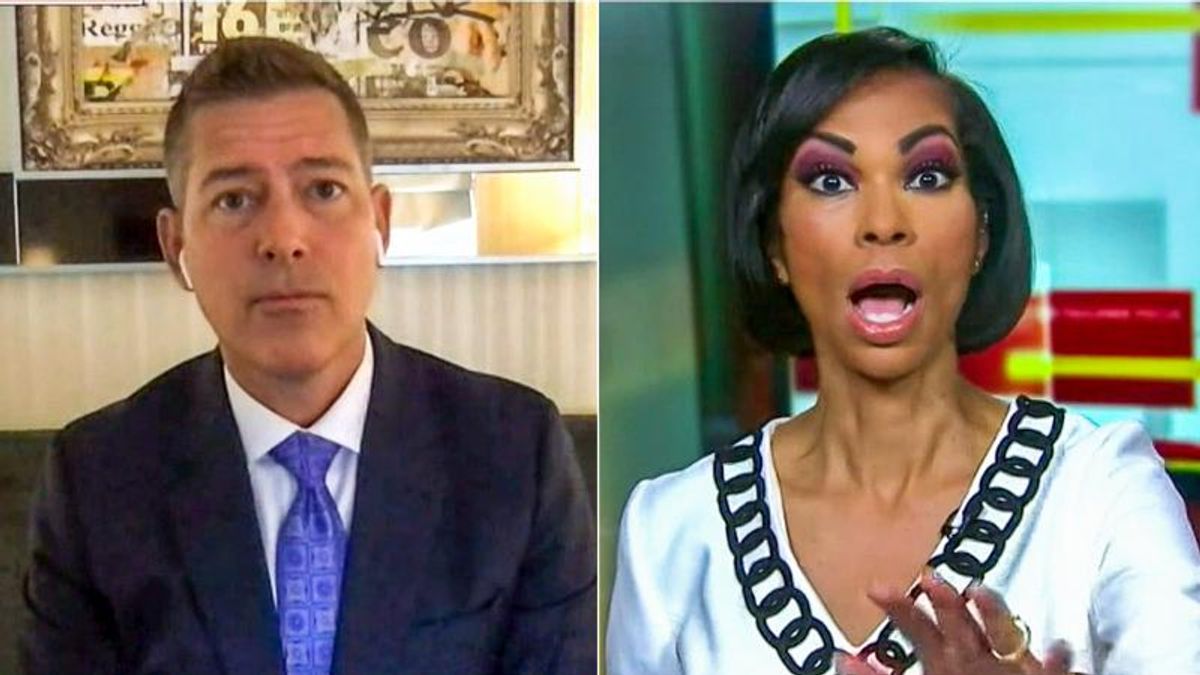 Fox News host Harris Faulkner on Monday suggested that House Speaker Nancy Pelosi (D-CA) deserves to be impeached because she did not provide enough security after President Donald Trump incited a riot at the U.S. Capitol on Jan. 6.

During a segment which ignored Trump's role in the attack, Faulkner reported that Republicans are "demanding answers on security decisions leading up to and on the day of the U.S. Capitol attack."

While slamming Pelosi over a lack of security, Faulkner also complained that about "officials discussing keeping the National Guard in D.C. until the end of the fall."

"The cost for taxpayers has gone over a half billion dollars and they can't agree on stimulus relief," the Fox News host complained. "Oh my gosh!"

Faulkner was then joined by Fox News contributor Sean Duffy, who asked, "What did Nancy Pelosi know and when did she know it?"

"Nancy probably knew more than she's letting on and is trying to play politics as a distraction so the questions aren't asked," Duffy opined.

"Like, if she played a role in not getting what they needed there, what should happen?" Faulkner mused.

"I'm just curious," the Fox News host added. "If it comes out do other people start to get impeached now? I'm not being facetious. I want to know who knew about this leading up? Could there be seven people still alive today? That's a fair question."

Watch the video from Fox News.