Sean Hannity calls for voter suppression in 5 more states: 'This has nothing to do with race' 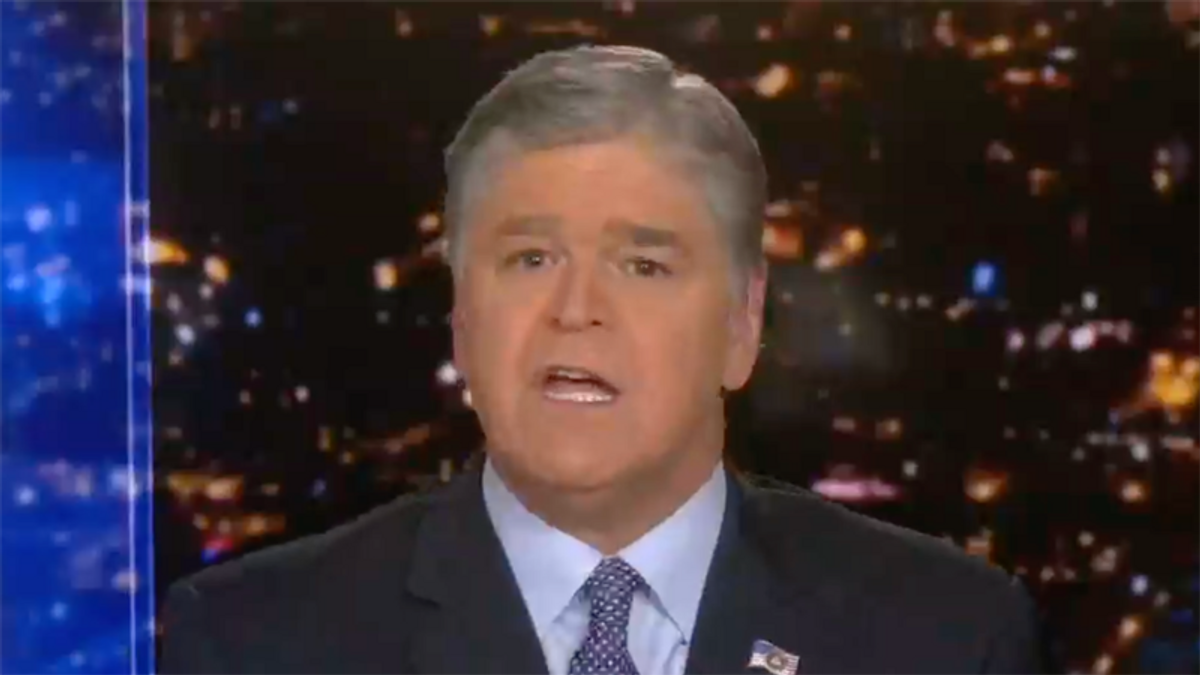 "Now we turn to an important story on election integrity, and it matters. People ask me, 'Hannity, what can I do?' Well, first, if you live in Georgia, if you live in Wisconsin, Michigan, Pennsylvania, Arizona, Nevada, you want to work with your state legislatures," he argued.

Four of the five states Hannity listed have Republican legislatures, with only Nevada controlled by Democrats.

"Over the weekend, in Georgia -- that's right, their governor, Brian Kemp, finally did one thing worthwhile and signed a new bill into law," he explained.

Hannity noted the Georgia law had been blasted as "racist" and "worse than Jim Crow."

But Hannity denied that the voter suppression efforts were driven by racism.

After Fox News spent months pushing Donald Trump's "Big Lie" about election fraud, Republicans are now saying that the lack of confidence that resulted from such lies is why they need to make it more difficult for Americans to vote.