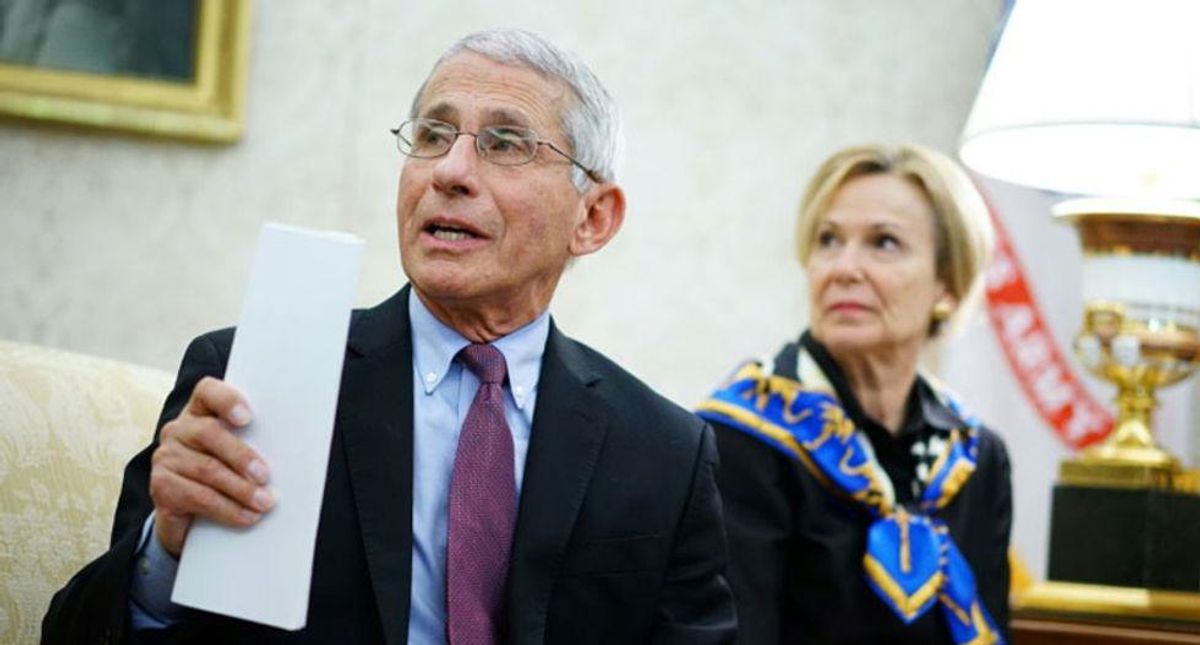 Stelter explained that QAnon and Fox have taken "routine emails [and] portrayed [them] as scandalous. Where have we seen this trick before? Oh, yes," he said, referencing former Secretary Hillary Clinton.

Even Axios is calling Fauci Trump's new Hillary Clinton, he said. "A Freedom of Information Act request revealed Fauci's emails from March and April of 2020. One email out of thousands showed that an executive with ties to China's Wuhan Institute of Technology thanked Fauci."

"It's as if President Biden is a weak target the anti-democrat media," said Selter. "So, they are assailing Fauci instead."

In that case, the scientist thanked Fauci for saying that the virus was likely caused by evolving through the animal kingdom. The first (severe acute respiratory syndrome) SARS virus that surfaced in 2003 was linked to bats in 2005. But a July 2020 paper said that there was likely a conduit between bats and humans. Reports from the Wall Street Journal saying that it's "possible" that the virus was started in a lab and then leaked to the population do not have any proof that it actually was created in a lab and leaked to the public. In fact, their only proof is that three people who worked in a lab got sick in Nov. 2019.

Given that molecular dating tools and epidemiological simulations show that the virus existed before then, it's not surprising that anyone in Wuhan was falling ill at the time and that it spread among those who were in close contact.

"To answer this question, we combined three important pieces of information: a detailed understanding of how SARS-CoV-2 spread in Wuhan before the lockdown, the genetic diversity of the virus in China, and reports of the earliest cases of COVID-19 in China," said the paper from UC San Diego School of Medicine. "By combining these disparate lines of evidence, we were able to put an upper limit of mid-October 2019 for when SARS-CoV-2 started circulating in Hubei province."

"The origin is still being probed by Biden's administration and Fauci is saying bad-faith actors are taking his words way out of context," reported Stelter.

"You can misconstrue it hover you want," said Fauci. "That email was from a person to me saying thank you for whatever it's thought I said. And I said that I think the most likely origin is a jumping of species. I still do think it is at the same time as I'm keeping an open mind that it might be a lab leak."

"I don't recall Fauci telling people to inject themselves with disinfectant products," Acosta said, recalling Trump's recommendation for Dr. Deborah Birx to "look into" whether disinfectant can be injected into the body as a COVID-19 cure. "You and I both know from covering this, Donald Trump was there. He was on his watch when most of those 600,000 deaths occurred. He was downplaying the virus, saying it was going to go away. To put him up against Dr. Fauci, there is no competition when it comes to the performance between these two during that period. you are right, I think this is to divert attention away from Donald Trump just like so many other things."