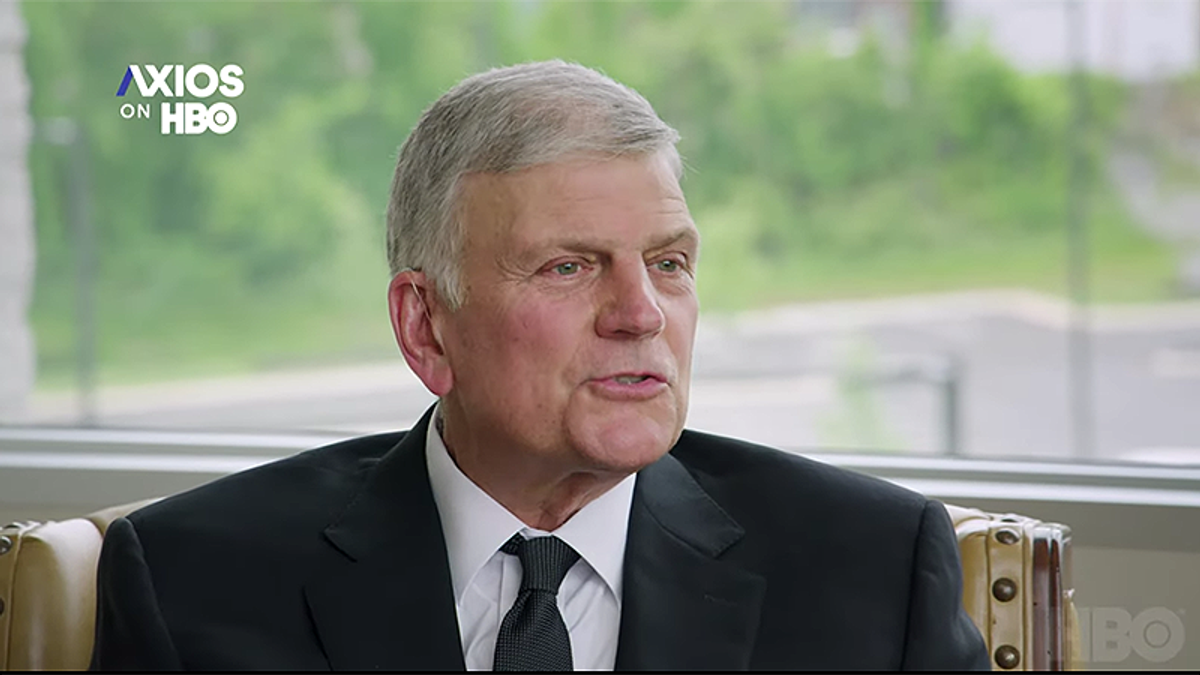 Graham also explained, "everyone should get vaccinated," whether they're Christian or not. He recalled getting the Polio vaccine and what a huge deal it was at the time because Polio had destroyed people's lives. So, he's not only pro-vaccine for COVID-19 but pro-vaccine across the board.

He also said that former President Donald Trump should have been public about getting the vaccine in January when he did. Trump is the only former president who hasn't done a public service announcement encouraging people to get the shot. Graham said he wasn't sure if it would help, something Allen pushed him on.

Graham agreed it's possible but confessed he's not sure if Trump's recommendation would matter or not. Indeed, he's right, some Trump supporters believe that the ex-president deserves more credit, but they still won't take the vaccine, pollster Frank Luntz's focus group in April.

Discussing some "hard truths," Graham confessed that he isn't afraid to hand it to Trump and tell him the truth.

"Sometimes I walk out of his office and I think he'll never invite me back again," Graham confessed.

When asked if Trump should run again in 2024, he said he wasn't sure it was a good idea, leaning against it. He explained that by 2024, Trump will be significantly older and that it would just be much harder.