From guns to COVID, we’re all trying to survive the GOP’s dystopian culture of death 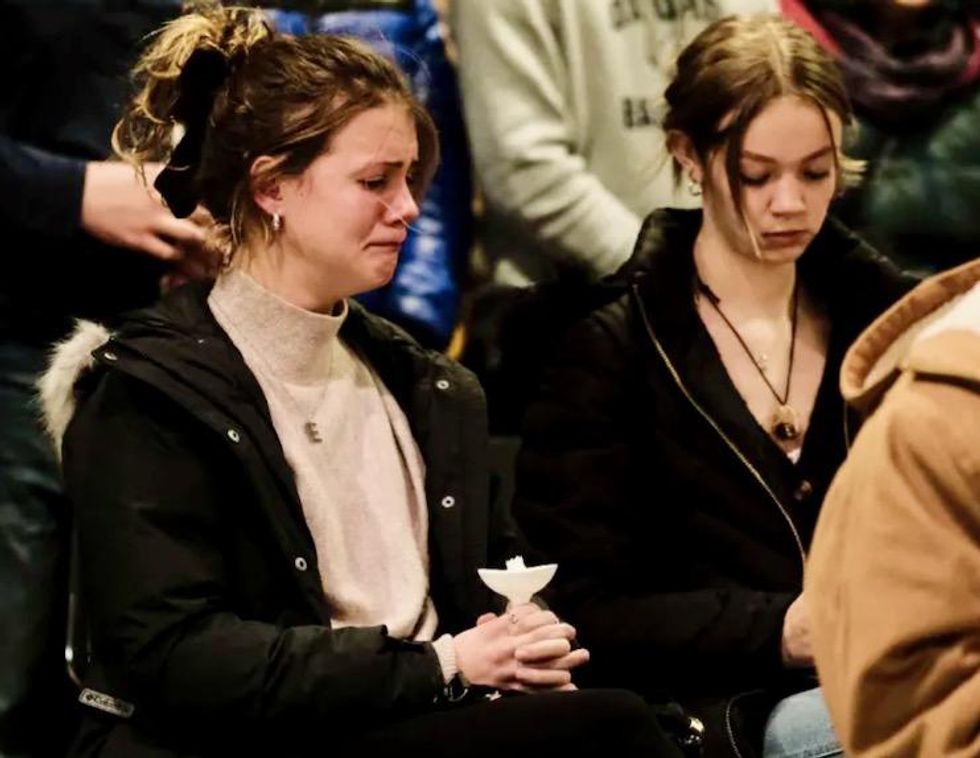 We now accept that 777,000 Americans are dead in the COVID pandemic and the death toll continues to climb day after day, even when we’ve had life-saving vaccines widely available for eight months.

We accept that millions of parents refuse to get their children vaccinated or even send them to school in masks — and then angrily demand to be worshipped as heroes for endangering their kids and untold numbers of others.

We accept that leaders of the GOP, one of our two major political parties, have bluntly told us that mass death is inevitable, while trafficking in conspiracy theories and quack science as alternatives to vaccines, and then cravenly blame Democrats when herd immunity can’t be reached and people continue to get sick and die.

While the majority of Americans are vaccinated, we are being held hostage by the millions who aren’t and politicians practicing pandemic nihilism. How do you ever come back from that? Many of us have lost hope that we ever fully will.

I’ve thought a lot in recent months about how we’ve become so unmoored from our collective humanity and moral decency. And I keep coming back to Sandy Hook.

After 20 little children and six adults were brutally murdered in a Connecticut elementary school in 2012, President Barack Obama addressed the nation. With tears in his eyes, the father of two spoke of the tragedy and the need for common-sense gun reforms, something that the vast majority of Americans supported then and now.

First Republicans and a few NRA-backed Democrats blocked any progress on policy. Then the GOP launched a ghastly ad mocking Obama for comforting a grieving parent. The lesson here is that the right will always lecture that it’s too soon to talk about gun control after a mass shooting, but it’s not to disparage victims and those trying to help. Meanwhile, far-right media, like Alex Jones’ Infowars — which became highly influential in the Trump era — spent years spreading conspiracy theories that Sandy Hook parents were crisis actors, subjecting them to threats and harassment after the greatest loss imaginable.

When it became acceptable for right-wing leaders to gleefully embrace their monstrousness after first-graders were blown away, all bets were off.

Is it a surprise that the GOP’s next and current leader, Donald Trump, made his political bones by slandering Mexicans as rapists, separating migrant children from their parents at the border and egging on his supporters to assault his enemies at rallies?

Is it a surprise that hours after our nation was rocked Tuesday by yet another school shooting, this time at Oxford High School, that a GOP operative would slam Gov. Gretchen Whitmer — a mother of two who knows firsthand what it’s like for our kids to be subjected to Kafkaesque lockdown drills — for coming out and mourning with parents?

No. The cruelty is the point, as essayist Adam Serwer noted during the Trump era. And so is the brazenness.

What’s more, we don’t expect Republicans who run the Legislature to have a plan to stop any more than our over 24,000 friends and neighbors in Michigan from dying in the fourth surge, because they’ve never had one.

We don’t even expect them to be responsible and OK billions from the feds to respond to COVID and aid people and businesses who have suffered during the crisis. (House Appropriations Chair Thomas Albert (R-Lowell) blithely said there’s “no emergency” even though Michigan hospitals broke records again this week for COVID hospitalizations). It goes without saying that Republicans are playing politics as the 2022 election looms, hoping that the continued horror show will cost Whitmer reelection.

All along the way, Republicans have propped up the ridiculously dangerous “medical freedom” movement. It’s the logical endpoint of right-wing propaganda about what freedom is.

For decades, Republicans have sold people on the idea that universal health care is communism and true freedom can only be achieved by keeping a free-market system that can bankrupt you after a single visit to the ER.

They’ve told us that climate change isn’t real, but even if it is, corporations must have the freedom to poison our planet or else they’ll take away jobs or raise prices on everything.

And of course, they’ve idolized guns as the ultimate symbol of freedom — so much so that they’re good with domestic abusers and felons being able to buy firearms, while terrified parents get to instruct children on what to do in case of mass shootings at school, the mall, really anywhere — which occur almost daily.

We are still free, of course, to reject this right-wing culture of death. But after years of living with savagery, too many of us seem too exhausted to fight.