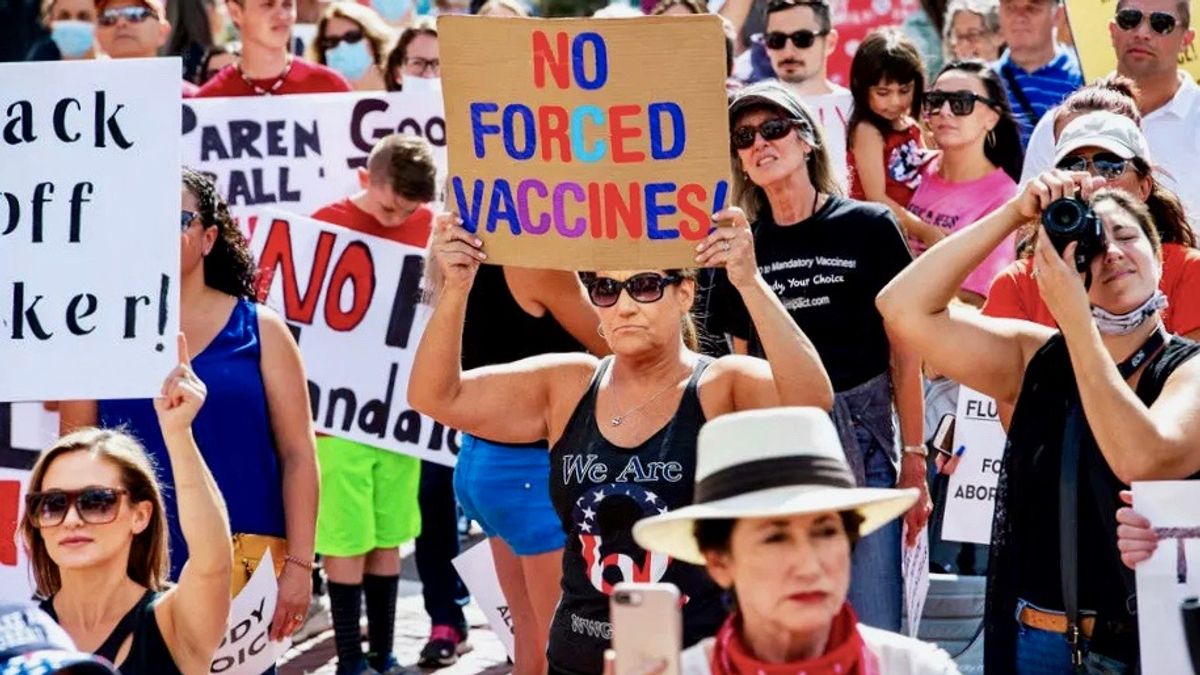 Before there was QAnon, there was pizzagate — the far-right nonsense conspiracy theory that a Washington, D.C. pizzeria was promoting a child sex ring with the blessing of Hillary Clinton and other prominent Democrats. Journalist Michael E. Miller examines the toxic and long-lasting influence of pizzagate in an article published by the Washington Post this week, noting how pizzagate helped pave the way for the Jan. 6 assault on the U.S. Capitol Building.

The pizzagate conspiracy theory emerged in 2016 during that year's presidential race. And it led to actual violence on Dec. 4, 2016, when Edgar Maddison Welch — a North Carolina resident who believed that pizzagate was fact rather than fiction — showed up at Comet Ping Pong, a Washington, D.C. pizzeria, carrying an assault weapon and terrorizing employees and customers. Welch was sent to prison. And on Nov. 21, 2019, Comet Ping Pong owner James Alefantis received an e-mail about Welch's release.

The e-mail read, "This notice is to inform you that EDGAR WELCH has been approved for placement in a Community Corrections Center (CCC), otherwise known as a halfway house, and will transfer from this institution on March 3, 2020. The inmate is scheduled to release on May 28, 2020."

Alefantis, Miller notes, continued to receive death threats over pizzagate even after Welch was sent to prison — Welch was only the tip of the iceberg. And while Welch was in prison, the QAnon conspiracy emerged.

According to QAnon's insane conspiracy theory, the United States' federal government was infiltrated by an international cabal of far-right Satanists, child sex traffickers, pedophiles and cannibals with the help of George Soros and other prominent Democrats. QAnon supporters accept pizzagate as fact, and they were among the far-right extremists who violently stormed the U.S. Capitol Building on Jan. 6.

"By the time Welch was released from prison on March 3, (2020)," Miller reports, "QAnon had become inescapable. Marjorie Taylor Greene, a Georgia Republican who had endorsed QAnon beliefs, was on her way to winning a seat in Congress. Days after arriving at the halfway house in North Carolina, Welch posed for a photo with one of the friends he had tried to recruit for his ill-fated mission."

Miller points out that for Alefantis, the abuse and death threats from those who embrace the pizzagate conspiracy theory continues — and QAnon has only made it worse.

"Alefantis had hoped Pizzagate would be the end of the conspiracy theories, but it had been only the beginning," Miller reports. "The sickness had spread to members of Congress. The fraying social fabric had snapped completely."