'Tip of the iceberg': Matt Gaetz used ATMs in hotels where he met the women he paid: report 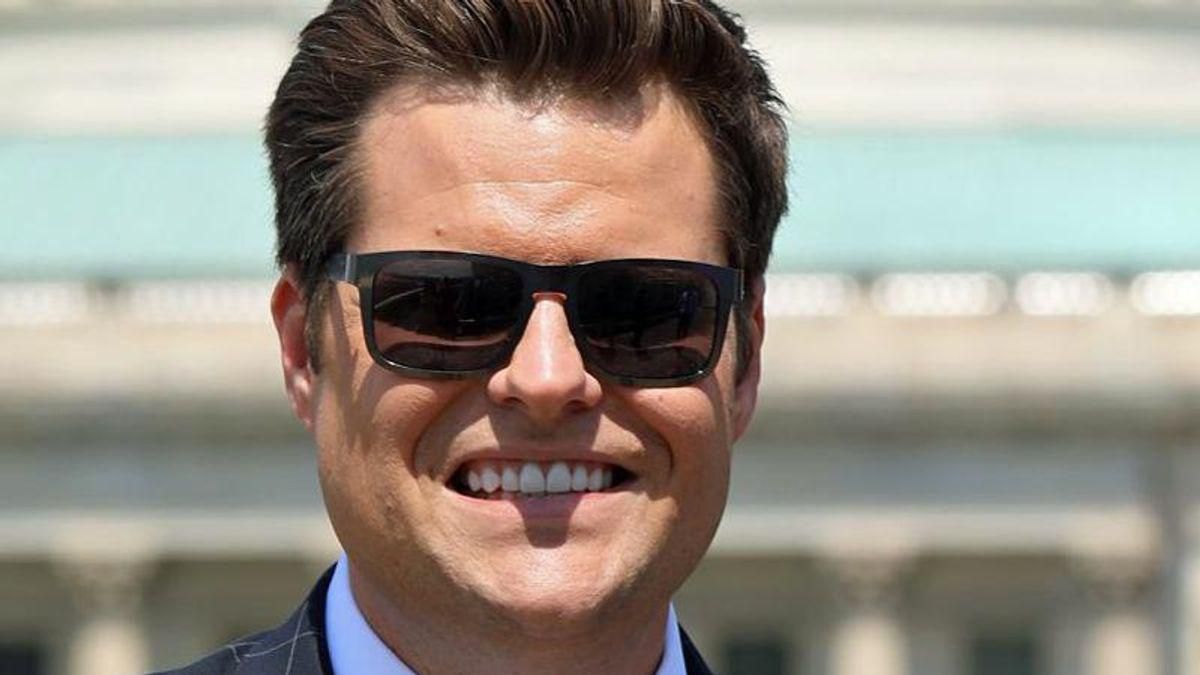 'Reporting Is Likely Just the Tip of the Iceberg'

After the additional flood of reporting Thursday night it appears U.S. Rep. Matt Gaetz (R-FL) could be in even more serious trouble than initially thought, including facing a mandatory minimum prison sentence of 10 years. But all the news we have now might just be the "tip of the iceberg," a New York Times reporter is hinting.

Speaking on MSNBC's "Morning Joe" Friday, New York Times reporter Michael Schmidt says not only did the Florida Congressman allegedly use cash apps to pay for sex, he even used hotel lobby ATMs, not even bothering to cover his tracks.

"They were not taking great steps to hide these. Gaetz or Greenberg would go to an ATM in the hotel that they were in – they would often meet these women in hotels," Schmidt revealed.

According to reports in The New York Times and CNN, Gaetz allegedly not only paid women for sex he used cash apps to fuel those encounters, leaving a digital trail of receipts. The Times late Thursday also reported Gaetz allegedly used the illegal drug ecstasy during sex.

"We were able to see some of the communications, the back and forth that was going on, how these women were being paid," Schmidt told MSNBC. "They were being paid through apps on their phone, through cash apps, through Apple Pay."

Former U.S. Attorney Joyce Vance revealed the DOJ investigation has been going on even longer than first thought, likely since January of 2020, as she laid out the "criminal exposure" Gaetz could be facing.

"There are a lot of different possibilities for federal criminal exposure for the Congressman related to this series of facts and something that I've heard [NY Times reporter Michael Schmidt] say before, that's very true, is that the reporting is likely just the tip of the iceberg for this to have gone so far, and to become a full blown federal investigation, there's some reports that the initial tip took place in January of 2020, so this would be a year-long investigation, if that pans out," Vance revealed. "And it's likely that there's a great deal more to back this up."

"There is a specific statute that criminalizes particularly when it comes to children and girls, the use of the Internet or any sorts of interstate means to entice, to lure, girls into this sort of commercial sex trafficking, but there's a whole panoply of federal statutes that are designed to address this, and most importantly, federal prosecutors take these sorts of crimes very seriously," she warned.