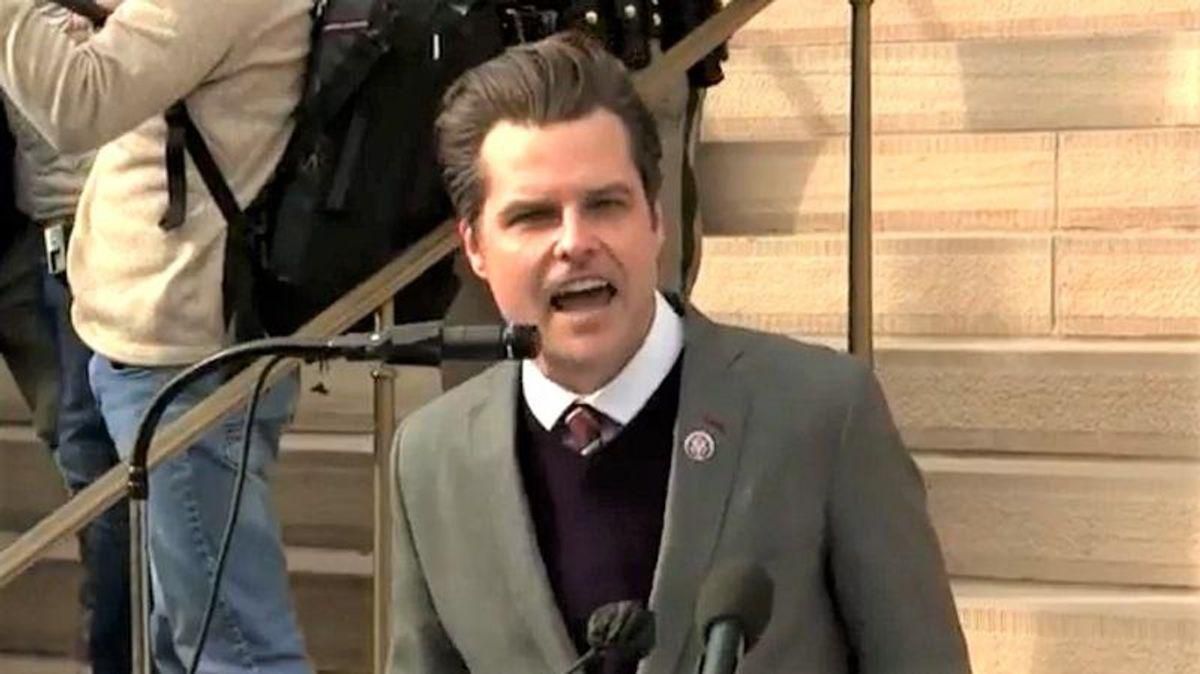 Rep. Matt Gaetz (R-FL) on Thursday penned an angry op-ed insisting that he would not resign from Congress despite allegations of sex trafficking.

Gaetz's column comes days after multiple media outlets reported that federal investigators are trying to determine if he had sex with an underage girl who was trafficked across state lines.

On Monday, the Washington Examiner published an op-ed that allowed Gaetz to offer a one-sided defense of himself.

"First, I have never, ever paid for sex. And second, I, as an adult man, have not slept with a 17-year-old," Gaetz argued. "Predictably, the anti-Trump cheerleaders such as Meghan McCain, Bill Kristol, and sadly, some of my feckless colleagues in Congress are going to call for me to resign."

But the congressman insisted that a resignation is not in his future.

"And no, I am absolutely not resigning," he wrote.

"My lifestyle of yesteryear may be different from how I live now, but it was not and is not illegal," the Florida Republican added. "Consensual adult relationships are not illegal. Although I'm sure some partisan crooks in Merrick Garland's Justice Department want to pervert the truth and the law to go after me, I will not be intimidated or extorted."

Gaetz concluded by hinting that there would be "more 'drip, drip, drip' of leaks into the media from the corrupt Justice Department and others."

According to Mediaite, Christie on Wednesday, April 14, offered an assessment of the 2020 election and where the Republican Party went wrong.