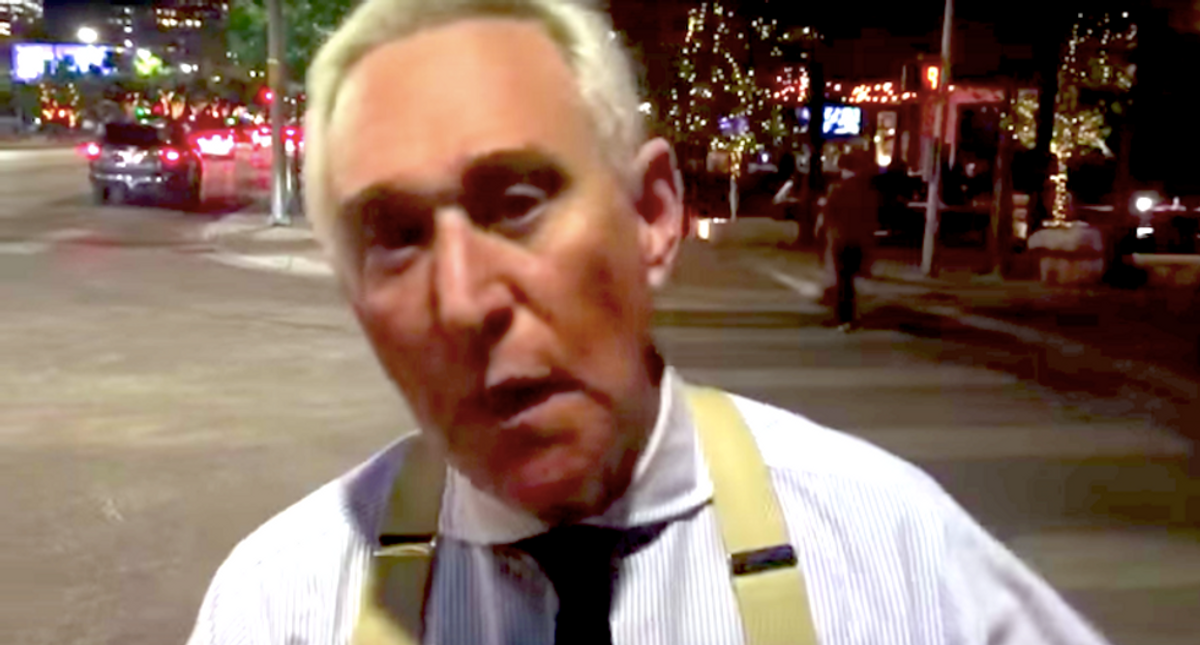 Right-wing outlet The Gateway Pundit silently deleted an article over the weekend written by Kristin Davis, a sidekick to veteran Republican operative Roger Stone, which cast blame for the U.S. Capitol attack of Jan. 6 onto the pro-Trump organization Women for America First, while arguing that Stone did nothing wrong in Washington on that infamous day.

Davis' lengthy defense, which Salon has archived, contends that Stone bore no responsibility for the events of Jan. 6, despite being pictured with members of the Proud Boys, who, according to Just Security, may have been involved in planning the Capitol attack.

"So what exactly happened on January 6th in Washington D.C. as it pertains to Roger Stone. The facts are simple and crystal clear," Davis wrote in the now-deleted post.

I booked Roger to speak at the Rally to Save America the night prior and was led to believe by Women for America First that he was supposed to speak the following afternoon on January 6th, at a rally they organized which featured President Donald J. Trump. After a completely peaceful rally on January 5th, which attracted thousands of brave American patriots, we woke up the next morning expecting to attend the rally at the Ellipse.

Davis goes on to claim that Women for America First was behind the ensuing chaos, notably tossing the group's leader, Amy Kremer, a prominent TrumpWorld figure, under the bus.

However, despite Women for America First promoting Stone as a speaker and insisting that they were sending a transport for Mr. Stone and our team to the Willard Hotel, the escort never came. As we were waiting, the staff at the Hotel Willard asked anyone congregating in the lobby to stay out of the cold to step outside in order to adhere to COVID-19 guidelines set forth by the Mayor of Washington D.C. A simple walk outside, which lasted mere minutes, is the first part of the dishonest conspiracy theory by the mainstream media and Democrat elected officials that Mr. Stone was somehow organizing the insurrection or had some sort of advance knowledge of what was going to happen later that day.

The article has been deleted and now links back to the website's landing page for a standard error message: "Not found, error 404. The page you are looking for no longer exists."

Stone didn't return Salon's request for comment on the matter, including whether he demanded the article be taken down. Gateway Pundit founder and editor Jim Hoft also did not return a Salon request for comment, leaving alert readers to wonder whether this deletion amounts to a retraction of Davis' claim that Roger Stone did nothing wrong on Jan. 6.