Gen. Mark Milley: 'Nothing that I or anyone else saw' indicated a collapse of Afghan army in 11 days 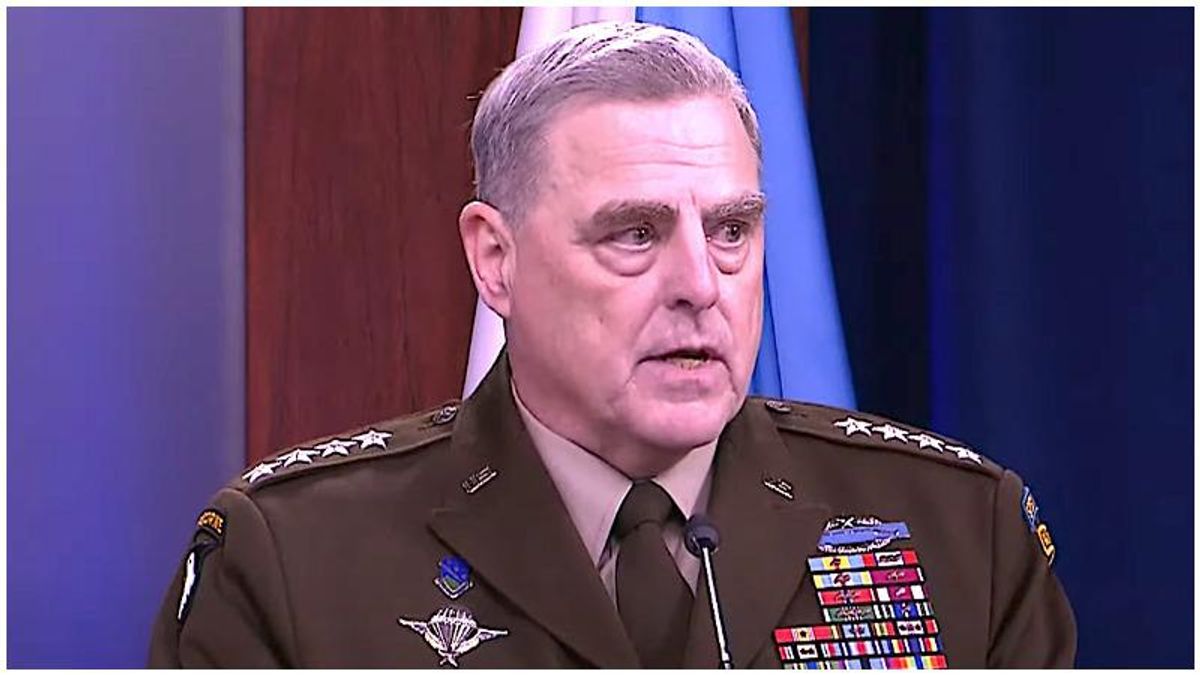 During a press conference this Wednesday, Chairman of the Joint Chiefs of Staff Gen. Mark Milley claimed that the U.S. did not foresee that Afghanistan would fall back into the hands of the Taliban so quickly after the U.S. military's withdrawal, The Daily Beast reports.

"There was nothing that I or anyone else saw that indicated a collapse of this army in this government in 11 days," Milley said, adding they were advised the turnover would take much longer.

Milley said that the Kabul airport situation remains "fluid" and "very dangerous," adding that the military intends to "successfully evacuate all American citizens who want to get out of Afghanistan" and that the Taliban is "not interfering" in the effort and are "guaranteeing safe passage to the airport for American citizens."