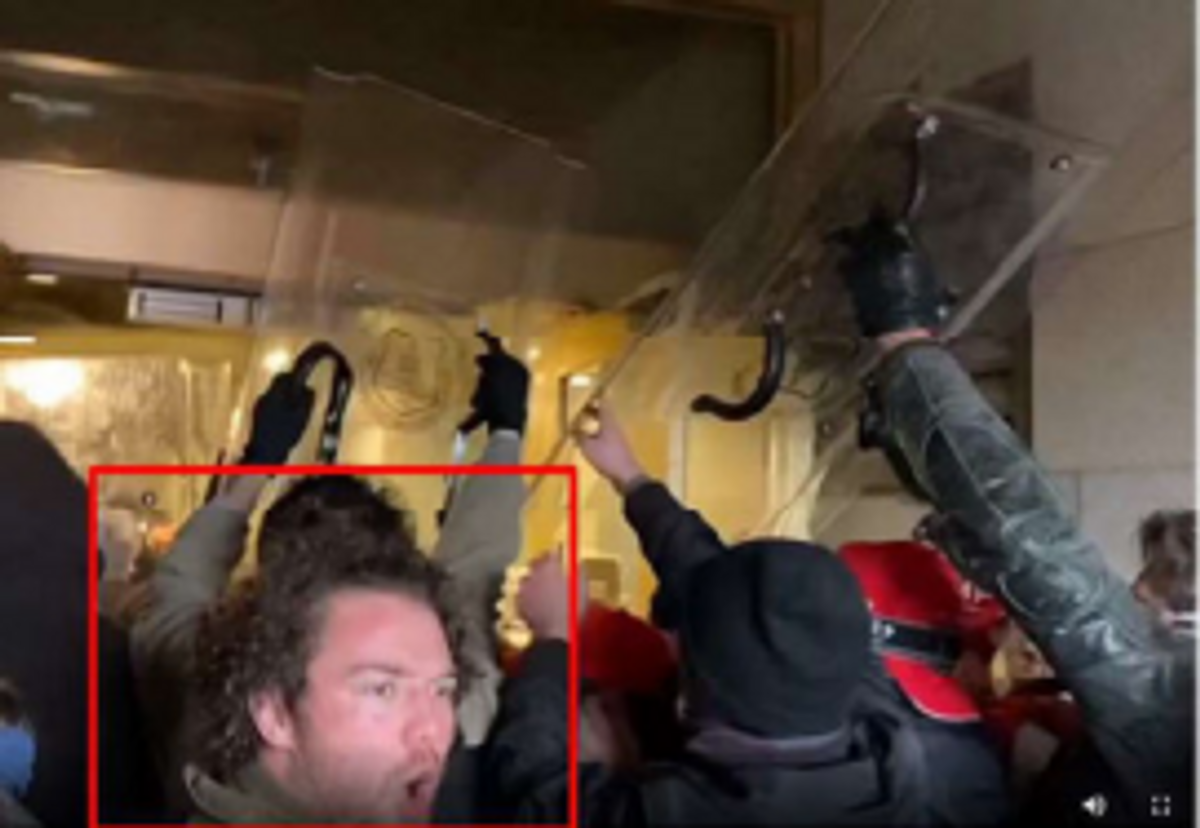 The counterterrorism section at DOJ is assisting the US Attorney's Office for the District of Columbia with prosecution in Sills' case.

Sills was arrested in Virginia on Monday, according to federal court records, following his indictment on June 16, along with five other men. Sills was indicted on four counts of assaulting, resisting, or impeding certain officers with a dangerous weapon, and other related charges.

The other defendants had been charged previously. The six men, including Sills, charged in the third superseding indictment are accused of committing some of the most violent assaults on officers during what the government describes as "an intense and prolonged clash between rioters and law enforcement" at the lower west terrace and a tunnel leading from the terrace into the Capitol building.

In addition to Sills:

• Patrick McCaughey III is accused of pinning MPD Officer Daniel Hodges against the lower west terrace door with a riot shield as another rioter ripped off the officer's gas mask, exposing his bloody mouth. Numerous other rioters behind and around McCaughey reportedly pressed up against him, putting pressure on Officer Hodges.

• Christopher Joseph Quaglin, of New Brunswick, NJ, is accused of shoving and striking officers on the police line, and grabbing one of them by the neck. In another incident, Quaglin is described in a government affidavit as being part of a group of rioters that pushed down officers and picked up their riot shields. Later, after breaching the Capitol, Quaglin allegedly sprayed a chemical irritant directly into the eyes of an MPD officer.

• Tristan Chandler Stevens is accused of using a riot shield to push against a line of officers at the tunnel entrance, striking one officer in the helmet with the shield, and trying to wrest a baton away from another officer.

• David Lee Judd, of Carrollton, Texas, is accused of lighting an object on fire and throwing it at a line of officers guarding the lower west terrace doors.

• Robert Morss, of Glenshaw, Pa., is accused of trying to wrest a helmet visor away from an officer, stealing a shield and passing a stolen baton to another rioter, as well as issuing verbal commands to other rioters to form a "shield wall." According to the affidavit supporting Morss' arrest, he was part of a group of rioters yelling "heave ho" and pushing in unison against officers guarding the doors while McCaughey pinned down Officer Hodges with the stolen riot shield.

"Hey, everyone with a shield, back up and organize!" Morss yelled to other rioters in the tunnel. "Make a shield wall! Organize right now and make a shield wall. Where are those fucking shields!"

The narrative description in charging documents for the six defendants is striking for the level of coordination and improvisational planning attributed to the rioters clashing with officers.

"As captured in YouTube Video 1, inside the tunnel, rioters use police riot shields and police riot batons to combat uniformed law enforcement officers," one investigator wrote in an affidavit supporting charges against Stevens. "Unidentified rioters can also be overheard planning and implementing a rotation of rioters to have the 'fresh' rioters up front to combat law enforcement, with various unidentified individuals yelling 'we need fresh patriots in the front' and 'we need fresh people.' Unidentified rioters are heard instructing the front line of rioters to make a 'shield wall' to prevent law enforcement from controlling rioters with oleoresin capsicum spray. Around the same time, Stevens can be seen grabbing one of the riot shields that is being passed forward in another video posted to YouTube."

To date, about 465 people have been arrested on charges related to the Jan. 6 insurrection, with almost a third accused of assaulting or impeding law enforcement.