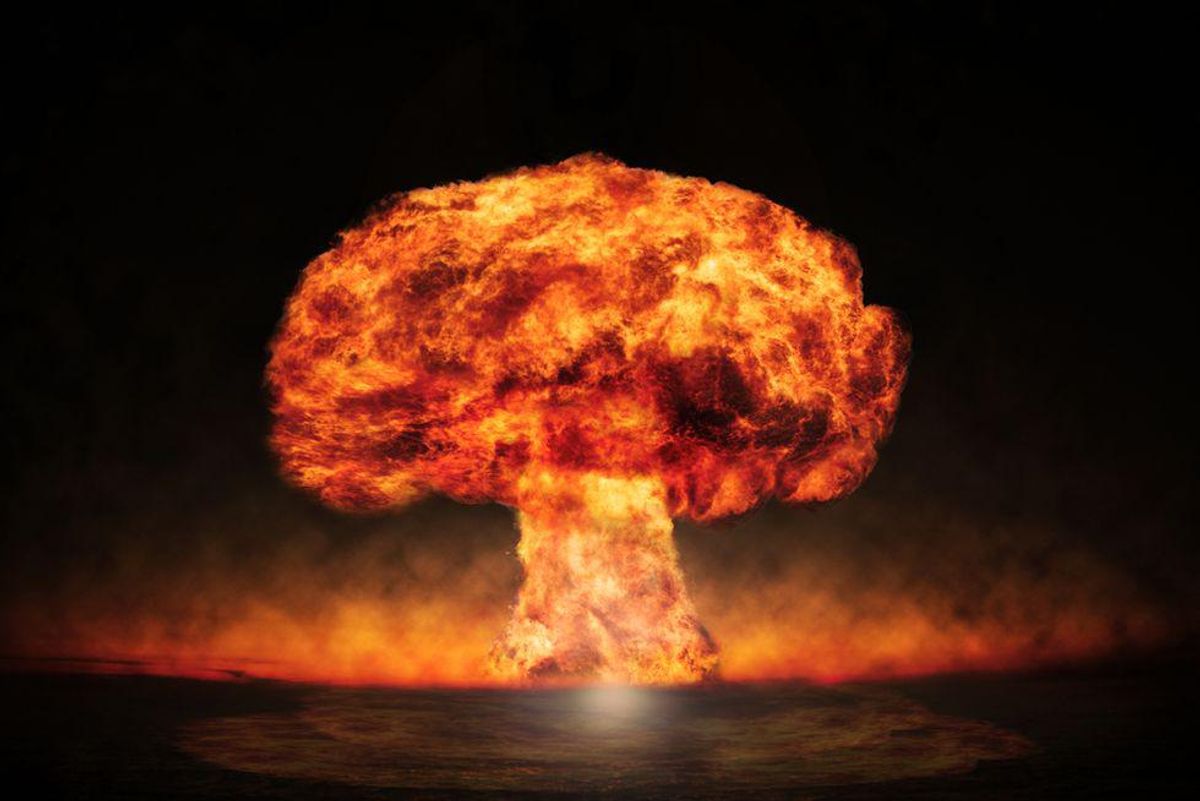 Nuclear detonations unleash an astonishing amount of destructive force. But the extreme pressure and temperature that they generate also makes nuclear blasts a cauldron of chemical creation, capable of delivering new and surprising scientific discoveries.

In the 1950s, for instance, scientists examining debris from US hydrogen bomb tests found two new elements, which now occupy numbers 99 and 100 in the periodic table. They named them after prominent nuclear scientists: einsteinium for Albert Einstein, and fermium for Enrico Fermi.

Now, scientists sifting through debris at the site of the first-ever nuclear bomb detonation – held in New Mexico in July 1945 and named the Trinity test – have unearthed a different chemical oddity. In their paper, the researchers report the discovery of a previously unknown type of “quasicrystal" – a crystal formation once thought impossible due to its irregular geometric structure.

Quasicrystals were first discovered by material scientist Dan Schechtman in 1984, but were initially seen as highly controversial – even impossible – because their unique form is not allowed by the rules defining crystal structures.

Crystals are composed of units that repeat periodically in three dimensions. A good way to think of this is to picture them in two dimensions. You can tile a floor with certain geometric shapes – like squares, triangles and hexagons – because they tessellate, meaning that they can be slotted together in a repeating pattern with no overlaps or gaps. You can't do this with pentagonal or heptagonal tiles. They can't be tessellated, so they'd leave irregular gaps on your floor.

Three dimensional crystal structures adhere to the same rule. The repeating units naturally arrange themselves in a regular pattern – filling up all the available space. A hexagonal arrangement, for instance, is a typical crystal structure. 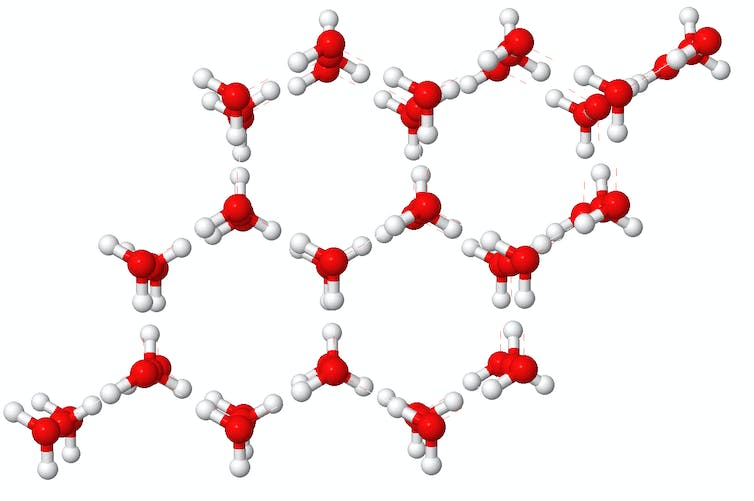 Crystals of ice arrange to form a hexagonal structure. Danski14/wikimedia

The general rule is that crystals must have repeating units with 2-fold, 3-fold, 4-fold or 6-fold axes. Here, “fold" means how many times you can rotate the three-dimensional crystal unit so that it looks the same as its starting position – enabling tessellation. The rule means that crystal units with a 5-fold axis (pentagonal) or anything 7-fold and above (heptagonal and beyond) won't tessellate, and therefore cannot exist.

This rule held until 1974, when the British mathematical physicist Roger Penrose found a way to cover a two dimensional space like a floor with shapes that do not repeat periodically – a form of tessellation now called “Penrose tiling".

These ideas were soon applied to three-dimensional structures, and it was in 1984 that Schechtman published his experimental work on quasicrystals. His discovery won him the Nobel Prize for Chemistry in 2011.

Over 100 types of quasicrystal have been discovered since, though nearly all of them have been produced in the lab. Three exceptions, found within the Khatyrka meteorite in north-eastern Russia, may date back to the beginning of our solar system. And now there's another, which is the oldest existing quasicrystal to have been produced – albeit accidentally – as a result of human activity.

The new quasicrystal was found within a glassy material called red trinitite, which the scientists sourced from the site of the 1945 nuclear blast. The trinitite was formed at the moment of the Trinity test's detonation, when the desert sands of New Mexico were thrown up into the air and heated to 8,000°C before raining down as newly synthesised trinitite.

This new quasicrystal is icosahedral – possessing 20 faces – and is structured with 2-fold, 3-fold and 5-fold symmetry axes. This means that there are three specific perspectives of this complex 3D structure that are repeated identically when it's rotated: one is repeated twice, one three times, and the other five times. It's the 5-fold axis – like the two dimensional pentagon we know can't tessellate – that means the sample is a quasicrystal.

It's also a unique sample, because the quasicrystal has silicon, calcium and copper in its composition. The copper, which gives the trinitite its red hue, is likely to have found its way into the quasicrystal via a set of transmission lines that ran close to the site of the bomb test and were vaporised along with the sand upon detonation.

Practically, material scientists are exploring the application of quasicrystals to exploit their poor heat conductivity, which is possibly related to their non-periodic structures. They've already been used as coatings in non-stick frying pans, for example. Other suggested applications include LED lights and surgical instruments, but their development is at an early stage.

But if more of these crystallographic and chemical curiosities are found in the debris left behind by nuclear bomb tests, studying their composition could also help scientists understand the ferocious forces at play in the heart of nuclear blasts – a place no scientific instrument has yet measured directly.