Georgia bill would increase penalties for crimes committed during protests 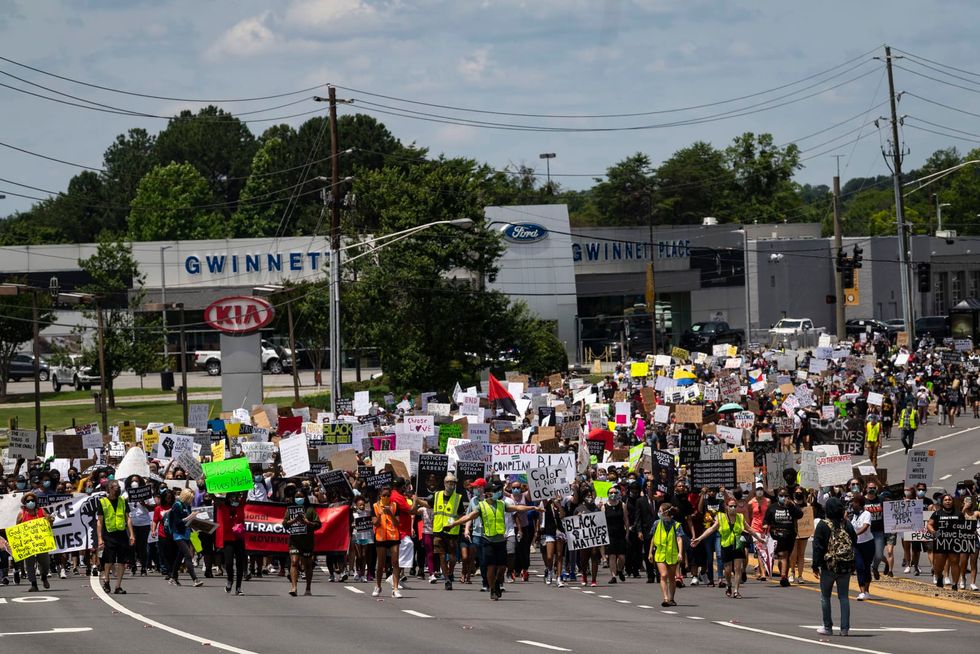 Demonstrators make their way down Satellite Boulevard during a protest billed as "Justice for Black Lives," originating at Gwinnett Place Mall on June 7, 2020, in Duluth, Georgia. - John Amis/Atlanta Journal-Constitution/TNS

ATLANTA — Months after Atlanta was the site of weeks of unrest in response to police brutality across the country, a Republican state senator and former police officer has filed legislation that would increase penalties for people who commit crimes during a protest. Senate Bill 171 would increase the penalties for crimes such as blocking a highway, assaulting someone or damaging property when gathered in groups of two or more. The bill's sponsor, Cataula Republican state Sen. Randy Robertson, said the bill was inspired by both protests last year that got out of control in Atlanta and last mont...