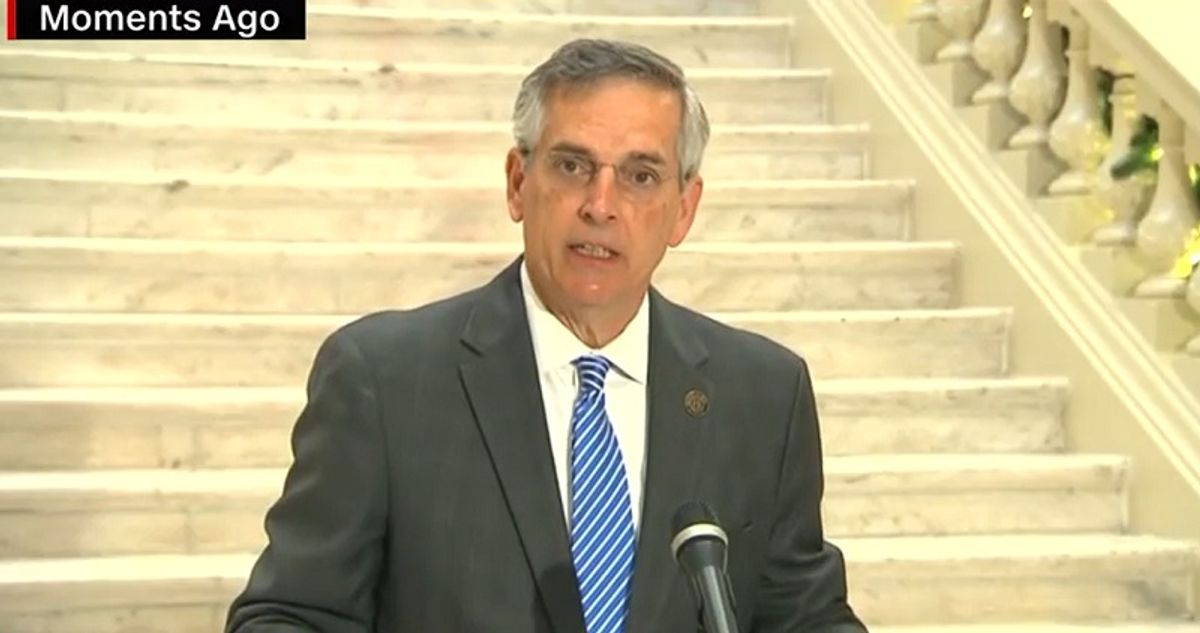 On Tuesday, Georgia Secretary of State Brad Raffensperger — a conservative Republican — criticized the voter suppression bills making their way through the state legislature, refusing to give his seal of approval to any currently being debated.

"At the end of the day, many of these bills are reactionary to a three-month disinformation campaign that could have been prevented," said Raffensperger's office in a statement.

Republicans in both the state House and Senate have proposed a long list of new voting restrictions, including limits on who can vote by mail, new verification requirements, and even new laws that could ban Sunday voting drives at Black churches.

Raffensperger is broadly sympathetic to the GOP's voter suppression stances. He has even suggested he's open to limiting mail-in voting, which Republicans are broadly convinced is responsible for their loss in the state.

However, the secretary has drawn the fury of Trump and his associates by refusing to overturn the results of the election, which Joe Biden narrowly carried. Trump even called Raffensperger to demand he "find" enough votes for him to win — a matter which is now under criminal investigation.