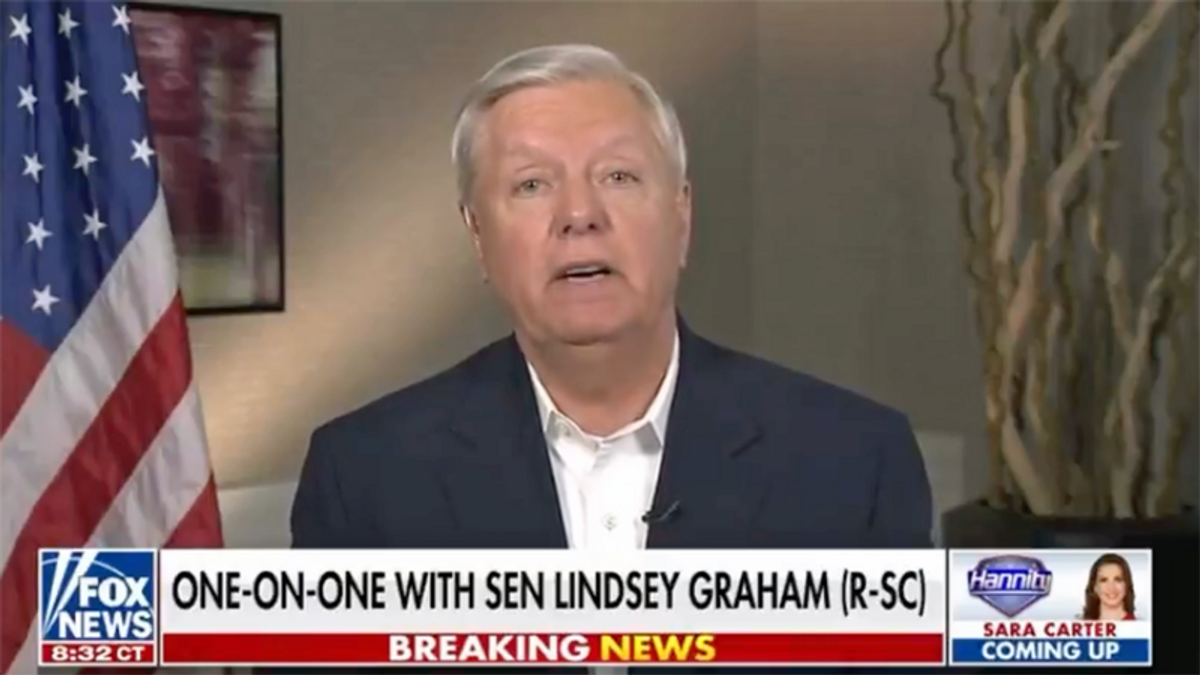 Sen. Lindsey Graham (R-SC) announced on Fox News that he would be donating $75,000 to the Georgia Republican Party.

"Eighteen corporations who gave money last year decided not to give a dime this year," he complained. "Only one corporation in Georgia helped the Republican Party, Georgia Power."

"They lost $150,000 cause corporations in Georgia have been intimidated by this idea of Jim Crow 2.0. So I'm going to give $75,000 from my campaign to the Georgia Republican Party," he said.