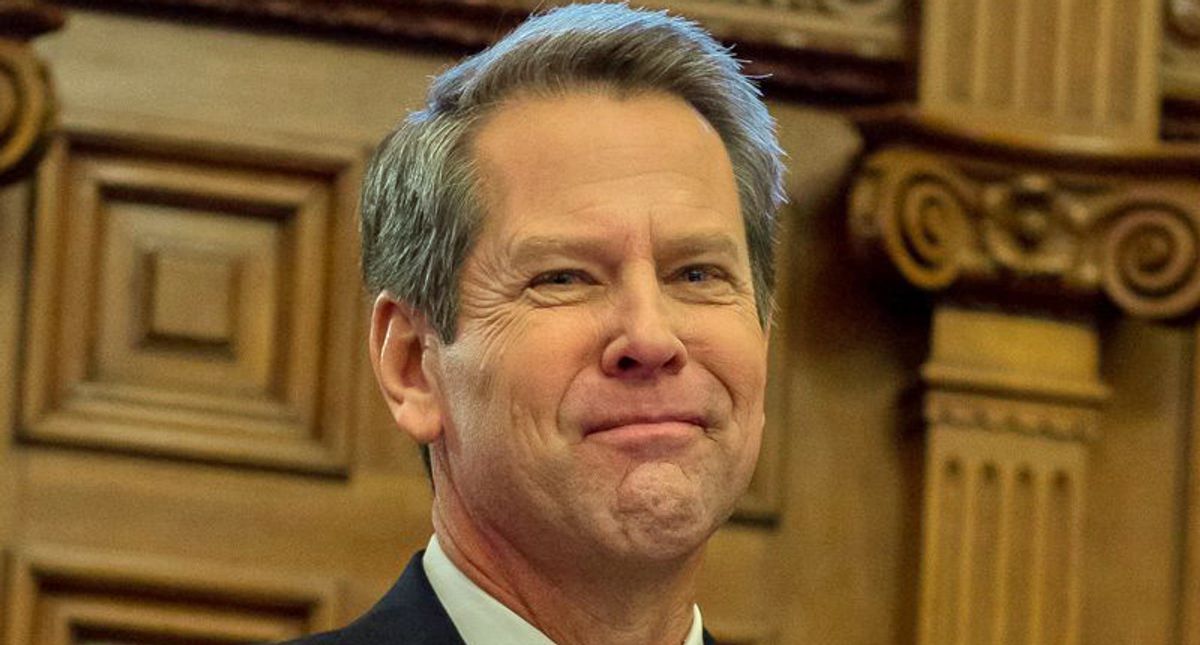 The Republican Party of Georgia advanced its sweeping assault on voting rights Monday by pushing through the state Senate legislation that would roll back no-excuse absentee voting and ramp up voter ID requirements, a move that drew outrage from activists who dubbed the measure "one of the worst voter suppression bills in the country."

As The Atlanta Journal-Constitution explained, SB 241 would "reduce the availability of absentee voting, restricting it to those who are at least 65 years old, have a physical disability, or are out of town." The bill, which now heads to the GOP-led state House of Representatives, would also require Georgians who wish to vote absentee to "provide a driver's license number, state ID number, or other identification."

The measure passed by a vote of 29-20, with every Democratic state senator voting no.

"America is at a turning point right now. Our democracy is in peril and our society divided along increasingly partisan lines," Democratic state Sen. Elena Parent said during tense debate over the GOP bill Monday. "It will not work. Voters see through transparent attempts to cling to power through suppressive and anti-democratic means."

Fair Fight Action, a voting rights organization founded by former Georgia gubernatorial candidate Stacey Abrams, warned that the Republican bill is "an attack on voters—and a blatant attempt by the GA GOP to placate far-right extremists."

The Georgia Senate's passage of SB 241 came a week after the state's Republican-controlled House approved legislation that would cut the number of available ballot drop boxes, slash weekend early voting days, and intensify voter ID requirements for mail-in ballots, draconian restrictions that come in the wake of two major Democratic U.S. Senate victories in January and President Joe Biden's narrow win in the state in November.

"Collectively, these bills represent the most sustained effort to roll back access to the ballot in Georgia since the Jim Crow era," Ari Berman of Mother Jones reported Monday. "The same is true nationally, where Republicans have introduced 253 bills in 43 states in the first two months of this year to make it harder to vote."

In an interview with Mother Jones, Abrams said that with the Georgia state Republican Party's latest wave of aggressive voter suppression attempts, "we are seeing again and again this version of Jim Crow in a suit and tie."

"It is designed explicitly for the same reason as Jim Crow... to block communities of color from active participation in choosing the leadership that will guide their democracy," said Abrams.