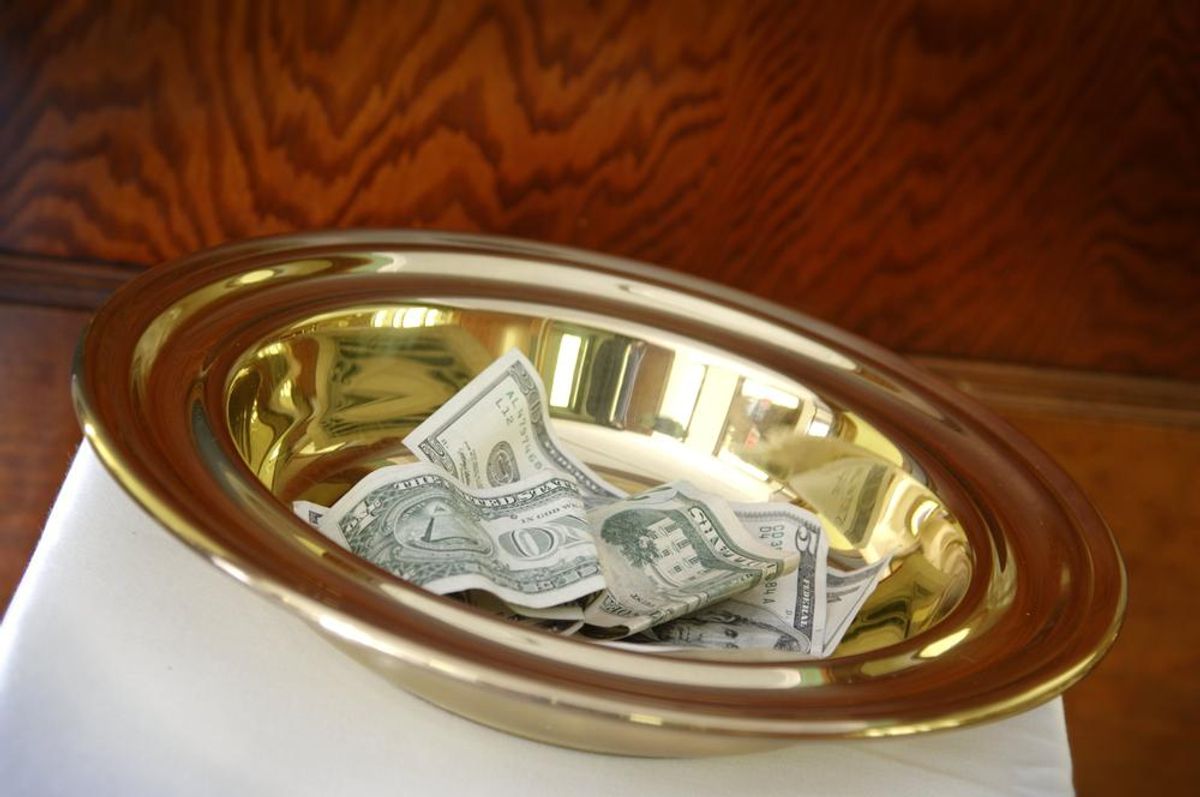 The treasurer of a church in Pennsylvania this week was arrested for stealing $150,000 from church accounts and spending it all on a pornographic website.

Via Patheos, Trib Live reports that 56-year-old Glenn E. Yothers, the longtime treasurer of the Mt. Pleasant Township church, admitted to state police that he stole $150,000 over a four-year period and spent it making payments to "Flirt for Free," a pornographic website that apparently isn't as free as its name would lead you to believe.

State Trooper Robert Politowski said that Yothers claimed that he used the website while being "lonely" during the day while his wife was at work.

He also claimed that he originally started using the website as a way to "help" people on there before apparently becoming addicted to it himself.

"Yothers stated he got to know some of these people well enough where he was trying to help those people," Politowski explained in court documents. "Yothers stated he started this with the best intentions because he wanted to help people, but it snowballed out of control."

The treasurer's actions had a negative impact on the church he was stealing from, as Trib Live notes that church officials approached him two years ago to ask him why certain bills were not being paid.

"At one point, the utilities of the church were shut off and the church almost shut down due to Yothers not paying bills," Politowski claimed.