The only thing keeping Republicans from electoral oblivion 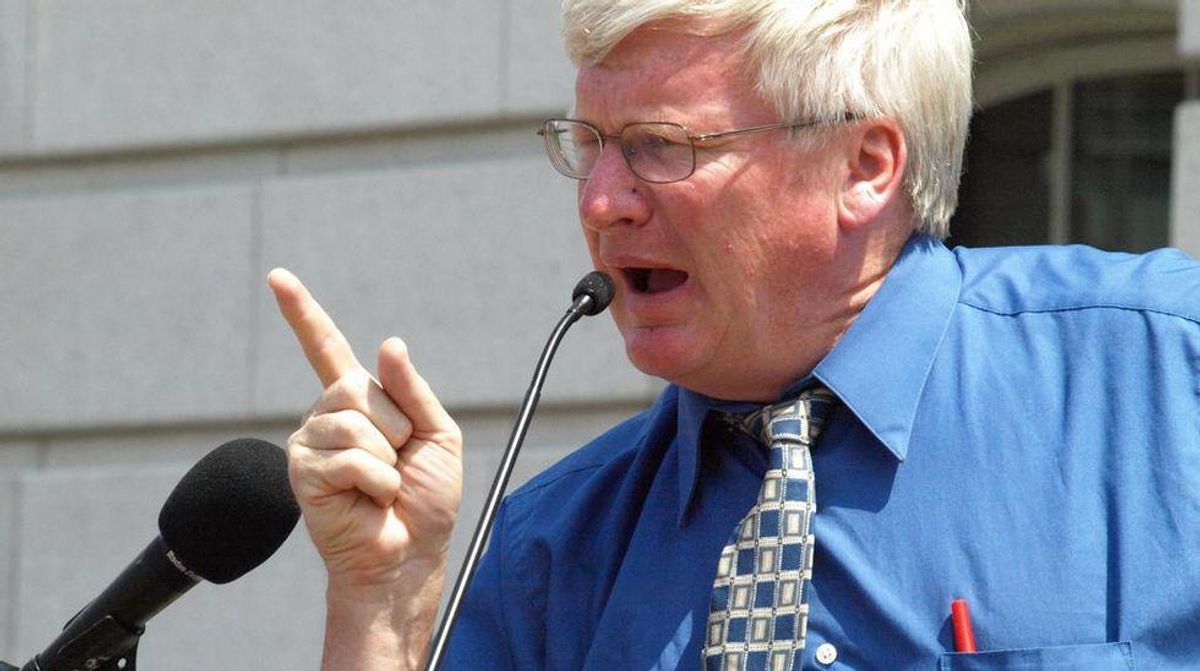 United States Rep. Glenn Grothman was kind enough to send his thoughts on DC statehood in an e-newsletter last weekend, as he does for his constituents. If you haven't had the fortune to know the congressman from Wisconsin's Sixth, well, bless you. I first encountered him at a pancake breakfast, where he was picking fights with constituents. He has a long history of making ill-informed, inflammatory statements as a state senator and now as a member of the United States Congress.

Recently, Grothman found himself embroiled in controversy when he accused Black Lives Matter of disliking "the old-fashioned family." He defended that statement on-camera while wearing a jaunty hat he'd worn in a local St. Patrick's Day parade.

More recently, Grothman garnered negative attention by speaking on the House floor about Cardi B's performance at the Grammys. He said his state office received numerous complaints about the show, and he scolded the FCC for, in his view, not doing its job: "The moral decline of America is partly due to your utter complacency."

If you're guessing by now that Grothman's views on DC's bid to become the 51st state are not exactly advanced, you're right. They're as terrible as you'd expect.

In the interest of space, I'll skip the errors of logic and fact. His anti-statehood argument can be summarized in three points: first, the government is a corrupt force to be kept in check, and its city-seat is not made up of good decent farmers, factory workers, and quarry operators like us. Yes, he really argues that DC is undeserving, because it has only "minimal agriculture, manufacturing and natural resources."

Second, not only is the seat of government a city, it's a city run by greedy incompetent people who'd be satisfied living off the government's teat. Let's break this one down a bit. On the one hand, Grothman says DC is filled with rich, entitled government workers (only about 25 percent of residents work for the feds). On the other hand, he's saying DC is run by Black people, who are therefore terrible at governing. The proof, Grothman says, are negative aspects associated with big cities and their minority populations: failing schools, budget mismanagement, homelessness and crime.

Grothman conveniently omits DC's unique challenges. It's deprived of a tax base due to having government and nonprofit buildings. It's hamstrung by Congressional interference and disinterest in investment. It's divided sharply by race lines with a privileged elite in the Northwest and a ghettoized underclass in the Southeast. But, of course, Grothman is playing to the stands here, allowing his mostly rural audience to indulge their fixed ideas about the evils of big cities. (Grothman himself lives in the hamlet of Glenbeulah. There are 463 residents, 98.7 percent of whom are white.)

Third, again according to Grothman, making a majority Black and brown city the 51st state is a political decision, whereas making states out of small majority white and rural areas like Wyoming or Vermont is a matter of natural law. Never mind that each of these states has fewer residents than Washington, or that Wyoming, like several other states, was admitted in a rushed process in order to give 19th-century Republicans more votes in the Senate. What matters, evidently, is they have abundant agriculture, manufacturing and natural resources, and coincidentally, they're overwhelmingly white.

"In other words," Tom Cotton said, "Wyoming is a well-rounded, working-class state." United States Representative Mondaire Jones of New York later responded dryly, "I had no idea there were so many syllables in the word "white.'"

It's trendy for Republicans to cling ever tighter to their aging, rural and white base, and to their desire to bake-in as much electoral advantage that that base's wide-ranging geography allows. If you split Los Angeles County into states equal in population to Wyoming, for example, you'd bring 17 states into the union and 34 Senators into Congress, most of which would be Democrats. Fetishizing the virtuous rural dweller over and against the profligate and depraved urbanites isn't just to the Republican advantage—it's the only thing keeping them from electoral oblivion.

The newest battle lines in America's ongoing culture war are increasingly drawn around race, education and residence. But like any conflict, culture wars only work when people fight them. No one is obliged to read Grothman. No one is obliged to listen to Cotton's nativism. Neither offers anything resembling serious thought. So no one is obliged to wage a cultural war with them by dismissing the country folk as somehow less deserving of representation than their cousins in the city. We're all Americans, like it or not, though I suspect the "not" is getting bigger by the day.