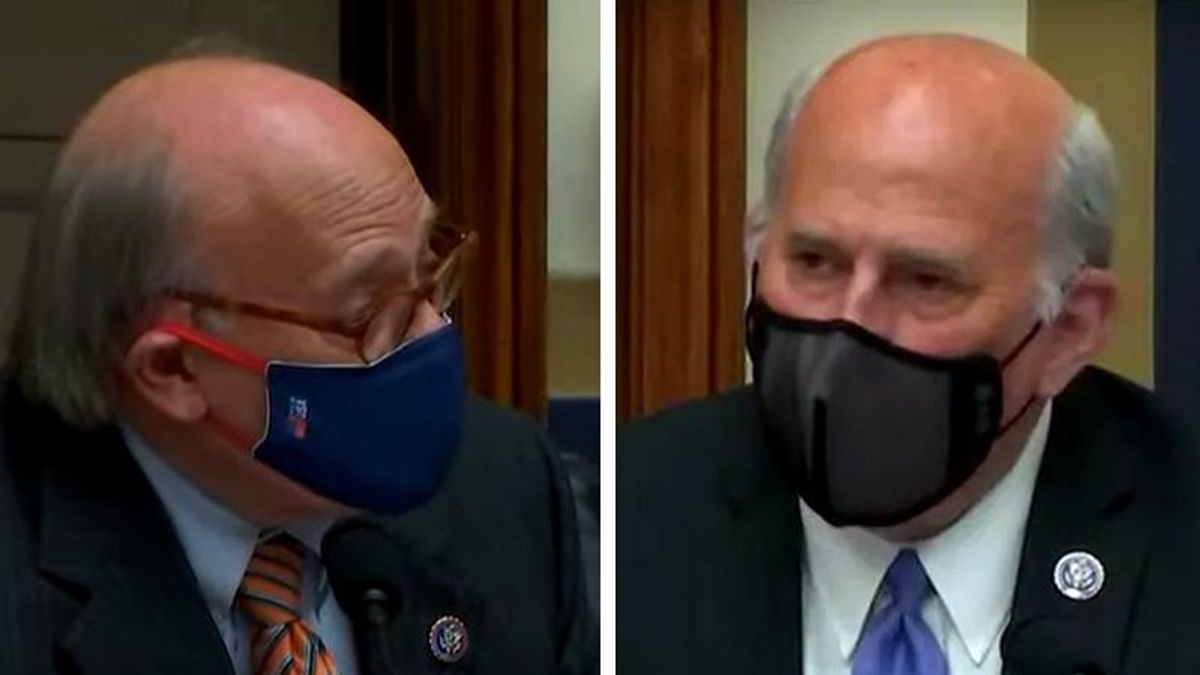 During a House Judiciary Committee hearing this Thursday, Rep. Louie Gohmert (R-TX) gave his thoughts on the moving forward of legislation to create a commission to study slavery reparations for Black Americans, saying one of the "saddest things" he's seen is the "effect of the sins of parents on children," adding that one of the things he loves about the Bible is "the effort to avoid punishing children for the sins of their parents."

"And yet, this is what this appears to do," he said, referring to the legislation.

"We don't need to do more damage," he said. "We're about $29 trillion on debt. We don't have the money to be paying reparations. So, if there is an award of reparations to people that were not slaves by people who had no slaves, then it will be grandchildren from now that will punished and have to pay that price."

Gohmert went on to say that "if we look at the history, the Republican Party was against slavery" and the Democrats of the 19th century "supported slavery."

After Gohmert's speech, Rep. Sheila Jackson Lee (D-TX) said that she had hoped for a "thoughtful discussion" on the question of the "original sin" of slavery. She then cited the thousands of "racial terror" actions carried out against African Americans since the end of the Civil War.

"So one can see there has been an ongoing journey," she said. "I don't imagine as those individuals were lynched that they were able to ask any questions about party affiliation, regional location, wealth or otherwise. They were brutally lynched."

Rep. Steve Cohen (D-TN) then directly addressed Gohmert's claims. "The amendment in question says that the Democratic Party should be held responsible, because it is the only relevant entity in existence today that supported the instruction of slavery," he said. "That's absolutely false."

Watch the full exchange in the video below. The relevant portion begins at about 10:36:30: