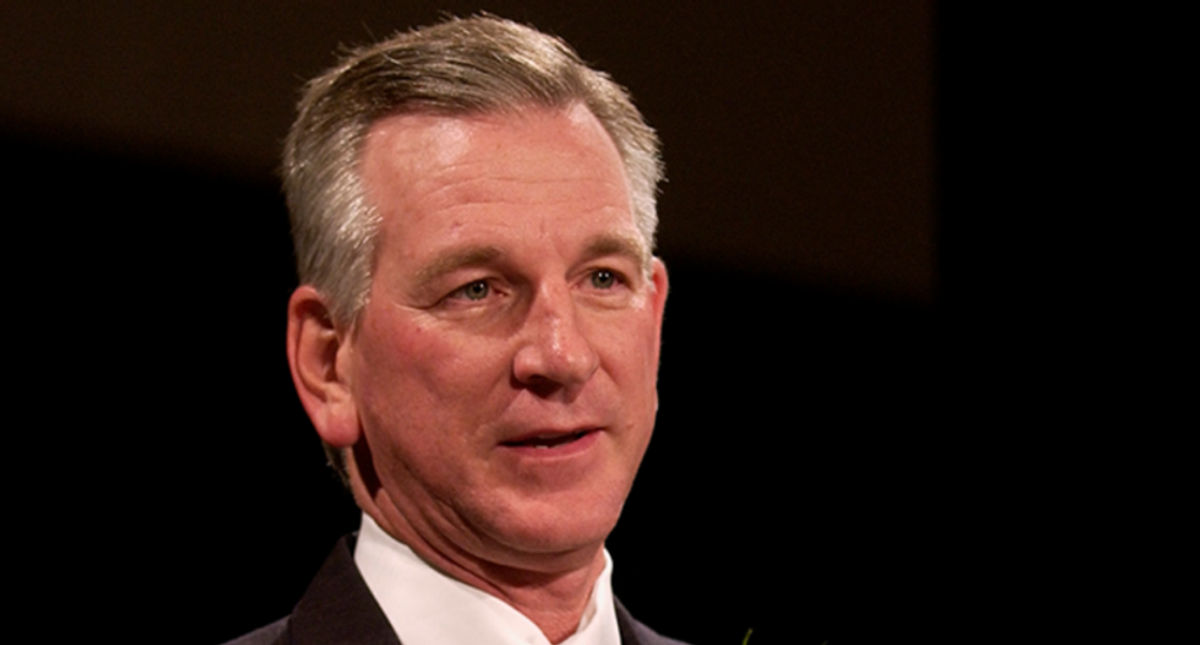 Sen. Cory Booker (D-NJ) addressed the Senate floor after Republicans attempted to pass an amendment they thought would put Democrats on the spot and pigeonhole them as anti-police.

The amendment came from Sen. Tommy Tuberville (R-AL), and it was a non-binding amendment to punish localities that defund the police. A non-binding bill means that it is essentially toothless and carry no actual penalties.

Booker mocked the amendment as "a gift."

"I am so excited!" he exclaimed. "This is the highlight of this long and painful night. This is a gift. If it wasn't a complete abdication of Senate procedures and esteem I would walk over there and hug my colleague from Alabama."

Applause could be heard from senators of the chamber.

"And I will tell you right now, thank God!" Booker continued. "Because there are some people that said that there are members of this political body that want to defund the police. My horror! And now, this senator is giving us the gift of finally, once and for all, to put to bed this scurrilous accusation that somebody in this esteemed body would want to defund the police. So, let's all of us, 100 people, not walk, but sashay down there and vote for this amendment and put to rest the lies."

He closed by saying: "I am sure I will see no political ads attacking anybody here over defund the police."