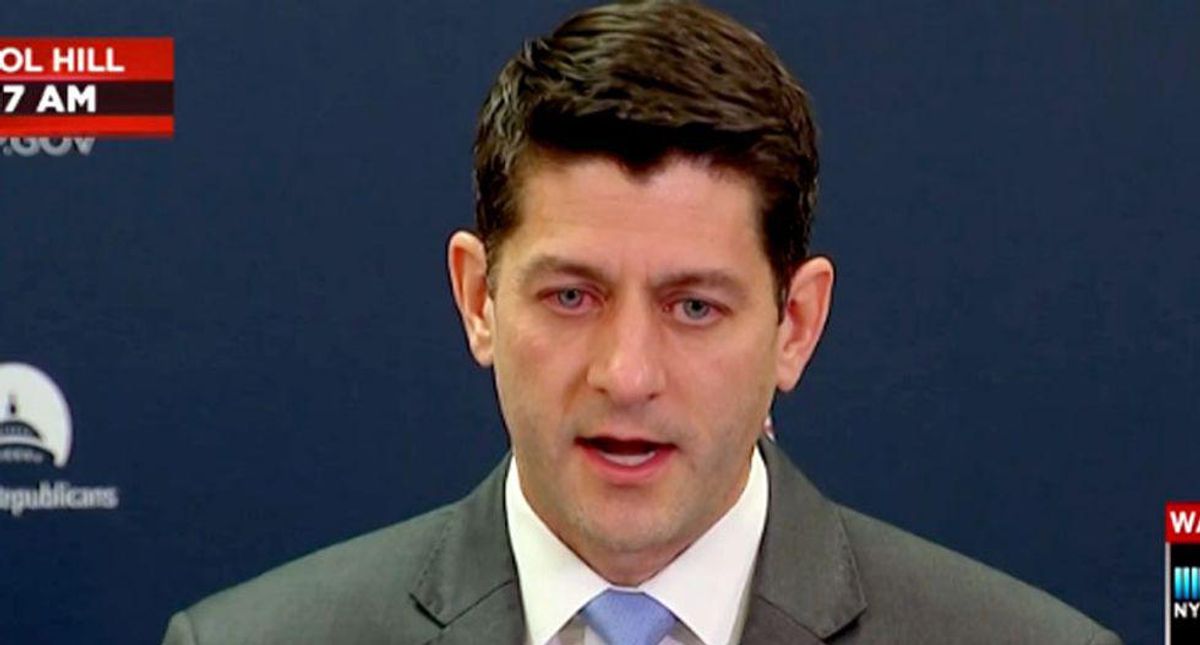 Although a minority of Republicans in Congress openly express their disdain for former President Donald Trump — including Rep. Adam Kinzinger of Illinois and Sen. Mitt Romney of Utah — the others range from Republicans who flat-out adore Trump (Sen. Josh Hawley of Missouri, Rep. Marjorie Taylor Greene of Georgia) to those who wish Trump would simply go away but are afraid to say so publicly. And in a scathing article for The New Republic, journalist Alex Shephard stresses that wanting Trump to go away doesn't mean rejecting his worst ideas.

"When Republicans say they want Trump to recede into the background," Shephard writes, "it's only for the basest political reasons: His very presence engenders a furious countermobilization from Democrats, which must be avoided at all costs if the party wants to win. But the rest of it — the xenophobia, the authoritarianism, the endless culture war, the attacks on voting rights — is here to stay."

Even with Trump gone from the White House, Shephard writes, the GOP is still pushing his "illiberal" ideas.

"Many Republicans would certainly be happy with a more disciplined and palatable party standard-bearer," Shephard explains. "But the GOP has taken Trump's 'groundless challenges to his election loss' and transformed them into a new, key party plank in the first five months of 2021. Across the country, at the state level, Republicans are doing everything they can to make it much harder to vote, using Trump's absurd lies about the 2020 election as their justification. Voter suppression has long been an important part of Republican politics, but Trump has added a healthy dose of accelerant to an already illiberal flame."

Shephard notes that during a May 27 speech at the Reagan Library, former House Speaker Paul Ryan recently slammed the "yes-men and flatterers flocking to Mar-a-Lago" and urged Republicans to end their "obsession" with Trump — although Ryan didn't actually mention the former Republican by name.

"(Ryan's) odd reluctance to name Trump — and his insistence on adopting a kind of smarmy passive aggression — only underscores a larger problem," Shephard writes. "Even the handful of Republicans who do denounce Trump will only go so far."

According to Shephard, the fact that so many Republicans in Congress failed to support a commission to study the January 6 insurrection speaks volumes about the state of the GOP.

"Senate Republicans — led by Senate Minority Leader Mitch McConnell, the most powerful elected Republican in the country — voted to block a bipartisan commission aimed at looking into the January 6 insurrection at the United States Capitol," Shephard observes. "If the Republican Party were serious about wanting a change in leadership and direction, backing this commission would be advantageous. Instead, short-term worries about its electoral implications meant only six Republicans in the Senate backed it. Trump, as usual, benefits."