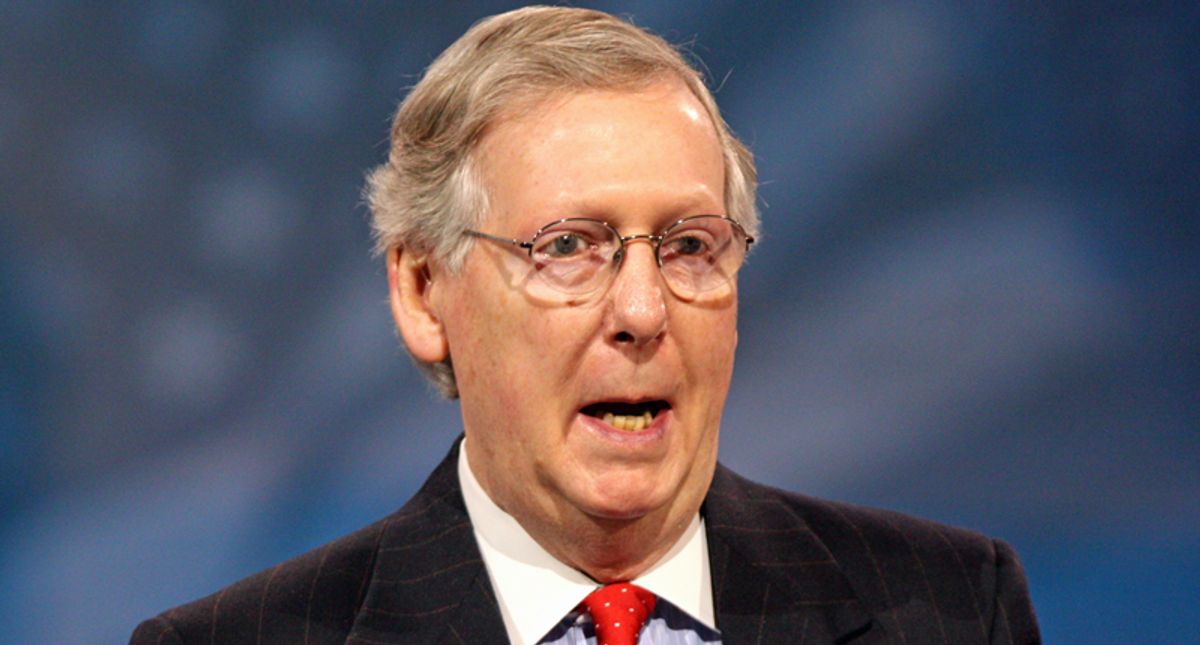 President Ronald Reagan, in the 1980s, famously said that he considered someone who agreed with him 70% of the time to be a 70% ally rather than a 30% enemy. But among President Donald Trump's diehard devotees, anything less than 100% agreement with the president is a sacrilege. And journalist Sasha Abramsky, in an article published by The Nation on December 18, examines post-election tensions between Republicans who are acknowledging Joe Biden as president-elect and Republicans who are encouraging Trump to keep fighting the election results.

With the Trump campaign's legal challenges to the election results having been rejected by one court after another and the Electoral College having certified Biden's victory, even Senate Majority Leader Mitch McConnell and outgoing Attorney General William Barr have said that they consider Biden president-elect. Some Trump devotees are now slamming McConnell and Barr as RINOs: Republicans in Name Only, which is ironic in light of how aggressive a defender of Trump Barr and McConnell have been. Now, even McConnell and Barr aren't MAGA enough.

"A civil war is now percolating within the Republican Party," Abramsky explains. "The Electoral College has met and confirmed Joe Biden's victory, Senate Majority Leader Mitch McConnell has finally agreed to call Biden the president-elect, Russian President Vladimir Putin has congratulated Biden on his victory — and yet, stateside, the Trump cultists continue to scheme and foment ever-more-fantastical assaults on democracy."

McConnell, journalist Jonathan Easley notes in an article for The Hill, is hoping to avoid a battle on the Senate floor on January 3, when Congress will vote to certify the Electoral College votes of December 14. The Senate majority leader has asked GOP senators not to join Rep. Mo Brooks of Alabama in resisting the election results, but Sen.-elect Tommy Tuberville is siding with Brooks rather than McConnell.

The "Trump cultists" Abramsky cites as especially unhinged include attorney Sidney Powell and long-time Trump loyalist Stephen Miller, who has declared that the campaign must keep fighting the election results right up until January 20, 2021.

According to Abramsky, "It's tempting to dismiss all of this as simply the noisy, irrational coda to a brutal election season. But it's more complex than that. Trump is desperately fighting for his personal survival, but McConnell has abandoned him; ergo, Trump must now turn his rhetorical guns against the Senate leader. For his part, McConnell has clearly concluded that it's in his political interest to cut his losses now and endure Trump's rants and his supporters' threats for the next few weeks, in order to maintain his political power into the Biden presidency."

Abramsky concludes the article by stressing that a post-election "civil war" among Republicans could inflict major damage on the GOP.

"Given Trump's despotic ambitions and his clear intent to maintain an iron grip on the GOP and its base in the coming years — and given the moral black hole so many GOP elected officials have managed to sink themselves into over the past four years — it's hard to see how this confrontation doesn't end up tearing the party apart," Abramsky writes. "I had hoped Trump's candidacy in 2016 would perform that vital role — that it would break a rotten party wide open for all to see the vacuum at its core. It didn't happen then. In these final weeks of 2020 and of Trump's rancid regime, it seems to be happening now."