How the GOP became a cult of 'victimhood' and 'self-pity' 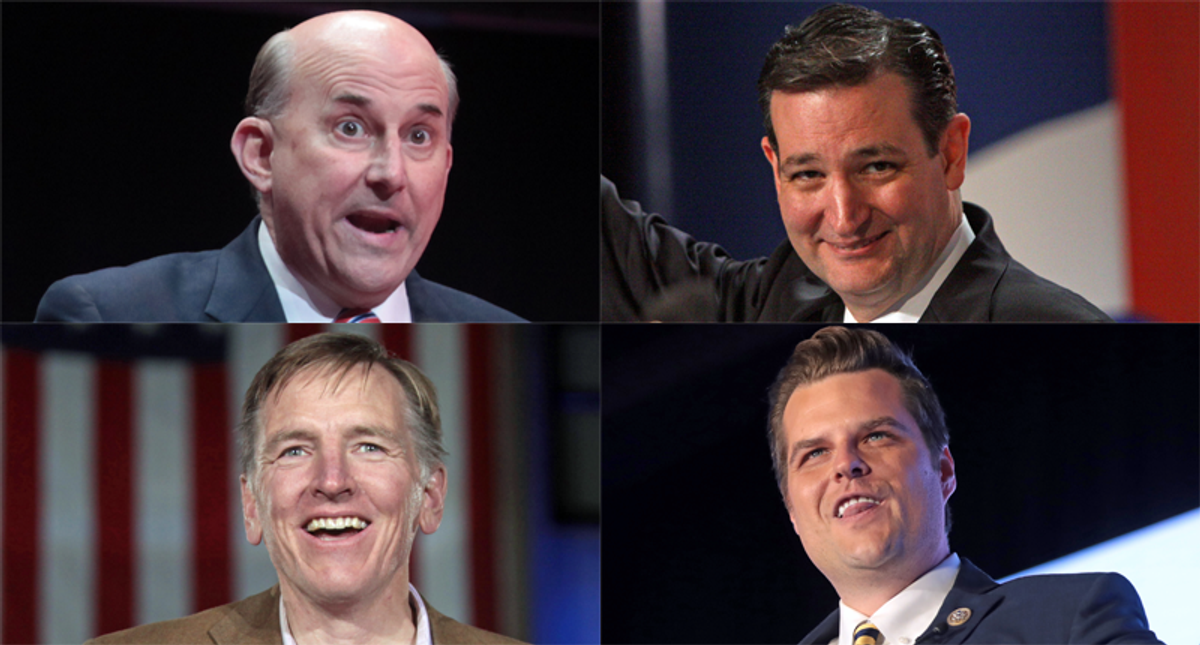 In the past, many conservatives and Republicans slammed liberalism for promoting a victim mentality. Right-wing radio host Larry Elder coined the term "victicrat" during the 1990s and used it to defame liberals and progresses. But Never Trump conservative David Frum, in an article published by The Atlantic this week, argues that a sense of victimhood is a prime ingredient of today's Republican Party and supporters of President Donald Trump.

Frum opens his article by discussing the disturbing events of January 6, when a violent mob of far-right Trump supporters stormed the U.S. Capitol Building in the hope of preventing Congress from certifying President-elect Joe Biden's Electoral College victory. As they saw it, Frum notes, Trump has been robbed of a victory by widespread voter fraud — a conspiracy theory that has been totally debunked but plays into the sense of victimhood that is a key element of Trumpism and the modern GOP.

"After the attempted coup, the mood in the pro-Trump world became one of profoundest self-pity," Frum explains. "The president's supporters compare themselves to victims of Stalin's purges, to the unpersons of George Orwell's '1984'. They watch their Twitter followers disappear as the company closes QAnon accounts, and they feel persecuted. They invoke Martin Niemöller's famous poem about Nazi Germany: First, they came for those who plotted the violent overthrow of the U.S. government, and I said nothing."

"Over the past half-decade," Frum writes, "we have turned much of the country's mindscape into a group therapy session for Trump believers. Reporters play the part of the therapist, reassuring the analyzed of a safe space for their grievances and complaints. The pro-Trump world has accepted the invitation. "

Frum notes that a sense of victimhood is being expressed by prominent Republicans like Sen. Ted Cruz and Sen. Josh Hawley, both of whom promoted the debunked conspiracy theory of a stolen election.

"Hawley described himself as a victim of a 'woke mob' after his publisher terminated his book contract because of his leadership role in propagating the falsehoods that inspired the attack (on the Capitol Building)," Frum observes. "Cruz, who shoved himself to the forefront of the movement to overturn the 2020 election, has accused his critics, beginning with Biden, of 'vicious, partisan rhetoric that tears our country apart.'"

During the pre-Trump era, the words "personal responsibility" became a GOP mantra. But Trump supporters and modern Republicans, according to Frum, have abandoned having a sense of "responsibility."

"The central concept in modern conservatism is victimhood," Frum writes. "Responsibility, accountability — those are standards they apply to others, never to themselves. Even as they confront their stark record of complicity and culpability, they cannot absorb it."

The Washington Post's Max Boot, another Never Trump conservative, used similar arguments in a December 11 column and slammed Republicans for holding a nonstop pity party. Boot warned that the GOP's sense of victimhood and "exceedingly dangerous mindset" would have tragic results, and one saw just how tragic when the Capitol Building was attacked last week.

Frum never actually uses Larry Elder's term "victicrat" in his article, but he is saying, in essence, that modern Republicans have a "victicrat" mentality — which showed itself during the attack on the Capitol Building.

"Trumpism as a cause has been tainted from the start by its openness to political violence to take and keep power," the conservative journalist writes. "There's too much guilt here for Trump to shoulder all by himself, although of course, he bears the largest individual weight. Many are guilty, a very great many — even if they never intended for things to spin out of control."