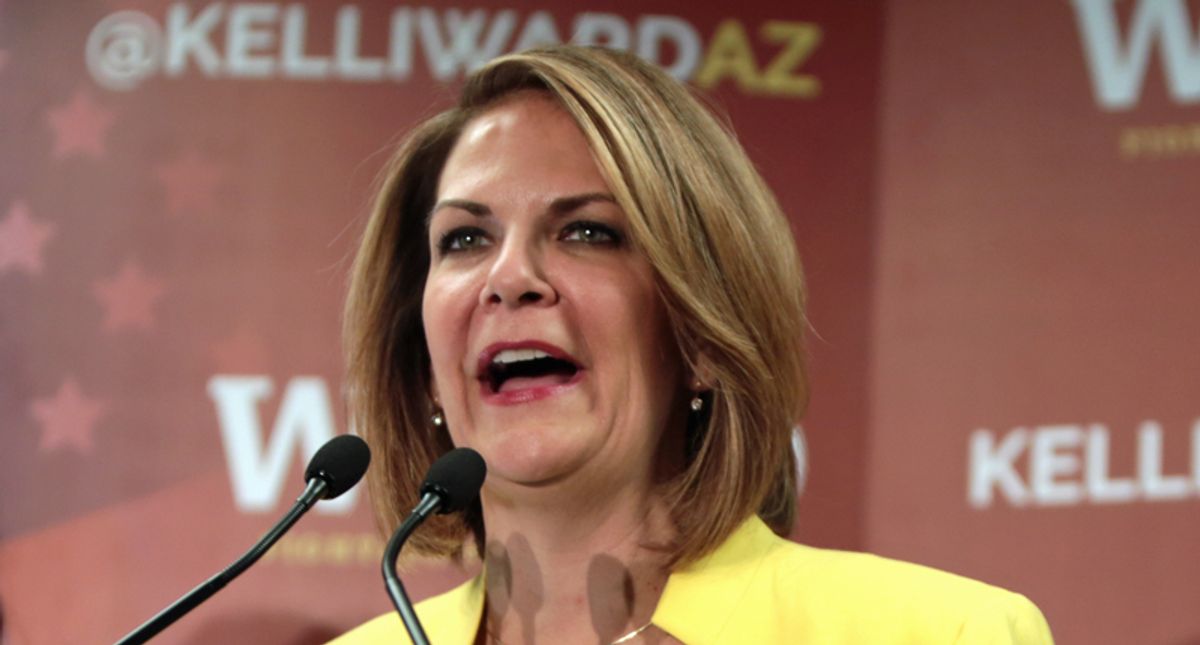 Republicans are lining up not to denounce President Donald Trump's demand that the Georgia secretary of state commit a crime and invent nearly 12,000 votes be "found" for him. Instead, they're denouncing that Secretary of State Brad Raffensperger for recording the call.

While Raffensperger hasn't explained his motivations, his lawyer was on the call with him, and that lawyer may have been behind the demand to record the call to protect the Secretary and his office.

Former Rep. Kelli Ward (R-AZ), who is now the chair of the Arizona Republican Party, lashed out at Raffensperger, saying that when the president calls her, she's just honored to talk to him.

It prompted historian Michael Beschloss to ask how many other examples there are of calls like this from Trump to Republican officeholders.

As reporters, we have documented many similar "orders" Trump has handed down...instructing John Kelly to give Jared… https://t.co/Gp6EMnZkdC
— Carol Leonnig (@Carol Leonnig)1609706899.0