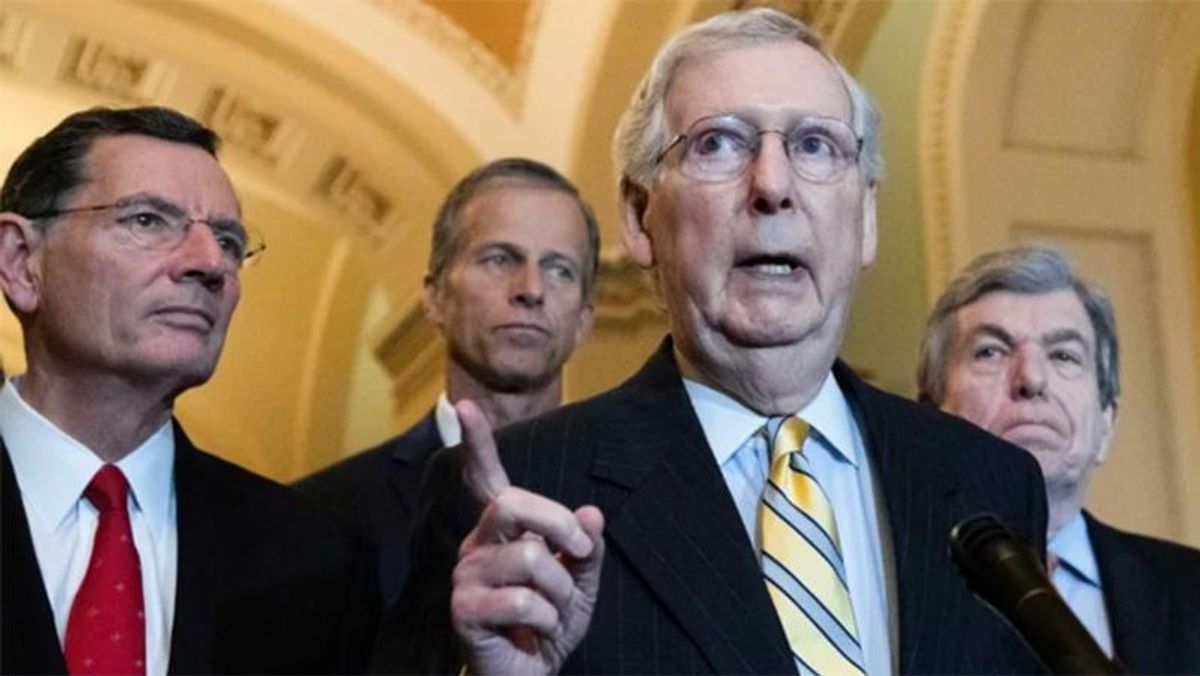 In his Tuesday column, Conservative Max Boot recalled the days when Republicans once supported the "free markets."

Writing for the Washington Post, Boot recalled the era when Republicans would say that businesses knew what businesses need. As public opinion shifts, however, businesses shift too, fearful of alienating customers and consumers. The elected members of the GOP once claimed that Democrats wanted to pick economic "winners and losers" with regulations. But now it is Republicans shifting away from the free markets and lashing out at businesses that make business decisions against conservative ideals.

In the wake of the Capitol Hill insurrection, Republicans have watched as companies make decisions that cut out conservatives. Sen. Josh Hawley (R-MO) whined on Twitter this week because Simon & Schuster decided that it wouldn't publish his book after he encouraged Trump supporters to wage war against the government using election conspiracy theories. Hawley suddenly doesn't support the free market, releasing a statement implying that he is entitled to a book deal under the First Amendment.

Hawley, who graduated from Yale Law School, appears to assume that the First Amendment guarantees him a right to a book contract from a publisher. Instead, the free market decided that it didn't want anything to do with Hawley because he's toxic. Hawley hasn't been prevented from publishing his book or even tweeting his thoughts and feelings on Twitter. He just doesn't get the money he wanted.

The same consequences are being thrust upon Parler, the right-wing gathering place that won't remove users for advocating the violent overthrow of the government. Amazon booted Parler from their host servers, and now the site is suing Amazon. Again, it assumes that Amazon is some kind of government utility, and they're entitled to a hosting service through them. Videos being removed from Facebook aren't a violation of the First Amendment, just as removing Trump's tweets don't violate the First Amendment. Tech companies don't have to work with someone if they don't want to, just as a Colorado baker isn't forced to make a gay wedding cake.

"That these right-wingers are able to protest Twitter's decision on Twitter refutes their silly scaremongering about the end of free speech," Boot explained. "Indeed, the fact that Twitter banned the president of the United States shows that freedom of speech is very much alive in America. Any media organization in China or Russia that tried to shut down Xi Jinping or Vladimir Putin's lies would not be in business for long — and its owners would not be at liberty either."

He noted that it is a legitimate question why Twitter decided to shut down Trump only now, after so many violations of their terms of service over the past four years. They obviously can't use the excuse that it was because he was the president, because he was still the president when his account got taken away.

Boot cited Brookings Institute's Mark MacCarthy, who "suggests the creation of an independent industry arbitration panel that could oversee social media companies' implementation of their own standards to make sure they are fair and consistent. This would provide a way to appeal decisions by Twitter's Jack Dorsey or Facebook's Mark Zuckerberg without forcing the government to rule on who should be allowed to say what."

The reality, Boot noted, is that if there were rules and regulations in place, Twitter and Facebook may have had the guidance to stop Trump before the insurrection even happened. That flies in the face of the GOP support of deregulation, however.