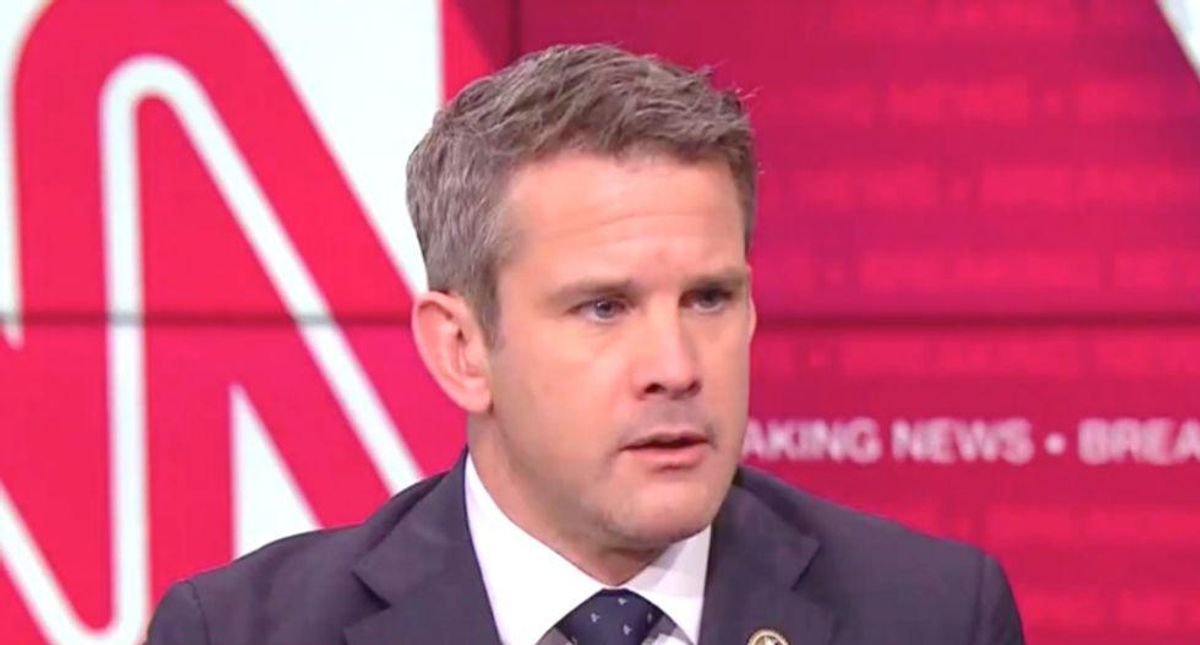 Rep. Adam Kinzinger (R-Ill.) is pushing back against his Republican colleagues' suggestion that the Biden's administration's door-to-door COVID vaccination initiative is nothing more than a "socialist" campaign for public health.

Despite the floating conspiracy theories, Kinzinger encouraged his followers to ignore the "tough guy" politicians and get COVID vaccine. "All these 'tough guy' politicians pretending this is a real threat, all do door-to-door campaigning. It's so nice to live so comfortably that this is what consumes us and not real problems. Get vaccinated."

Republican Outrage of the week- “door to door” vaccines. OH NO. All these “tough guy” politicians pretending this… https://t.co/q1HpvkgfVL
— Adam Kinzinger (@Adam Kinzinger) 1625920693.0

Kinzinger's tweet comes shortly after several Republican lawmakers including Reps. Marjorie Taylor Greene (R-Ga.) and Andy Bigg (R-Ariz.) penned an open letter in response to President Joe Biden's push to "go community by community, neighborhood by neighborhood and often times door-to-door' to make sure every American has at least had the opportunity to receive the vaccine."

The lawmakers accused the president of supporting "'a deeply disturbing' violation of Americans' privacy," according to Newsweek. On Saturday, Rep. Madison Cawthorn (R-N.C.) even went a step further as he claimed the latest vaccine initiative could eventually become a way for the administration to "take your guns, take your Bibles."

Kinzinger's Saturday morning tweet is his latest pushback against the Trump-loyal Republican lawmakers' conspiracy theories. Since the insurrection on the U.S. Capitol Kinzinger has become an outspoken figure often breaking from lawmakers within his party. In response to Sen. Ted Cruz's (R-Texas) decision to join the bandwagon to condemn the door-to-door vaccine campaign, Kinzinger fired back at him, as well.

With an excerpt of Cruz's proposed bill to ban vaccine passports, he tweeted, "Nothing is a bigger wake up call that we are on the verge of communism than an increase of convenient options to get vaccinated. Ted maybe just focus on recommending vaccinations and not spewing outrage."

Nothing is a bigger wake up call that we are on the verge of communism than an increase of convenient options to ge… https://t.co/mSwP1Gp48f
— Adam Kinzinger (@Adam Kinzinger) 1625922040.0