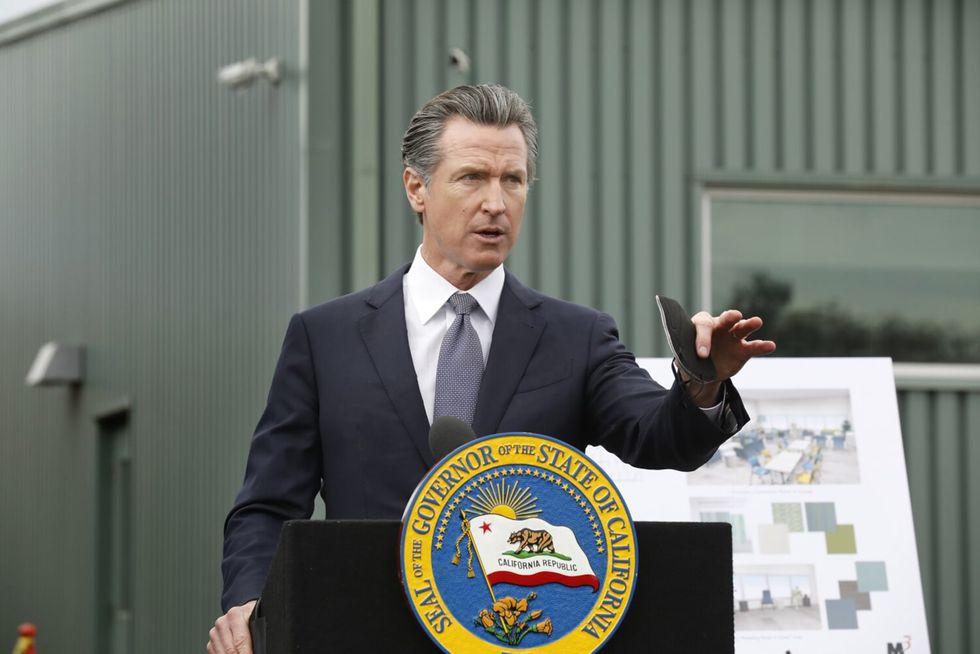 California Governor Gavin Newsom holds a press conference after taking a tour of the site of a behavioral health and transitional housing facility in Los Angeles County on Jan. 31, 2022. - Los Angeles Times/TNS

SACRAMENTO, Calif. — California Gov. Gavin Newsom on Friday released a $300.6 billion spending plan that would fund tax rebates, abortion care, bonuses for health care workers and more, fueled by a $97.5 billion surplus. The flush budget largely reflects a continued surge in tax revenue driven by income gains in high-earning households. The “simply without precedent” surplus is the latest windfall for state coffers, which swelled by tens of billions of dollars in a short two-year period. “No other state in American history has ever experienced a surplus as large as this,” Newsom said. In Janua...