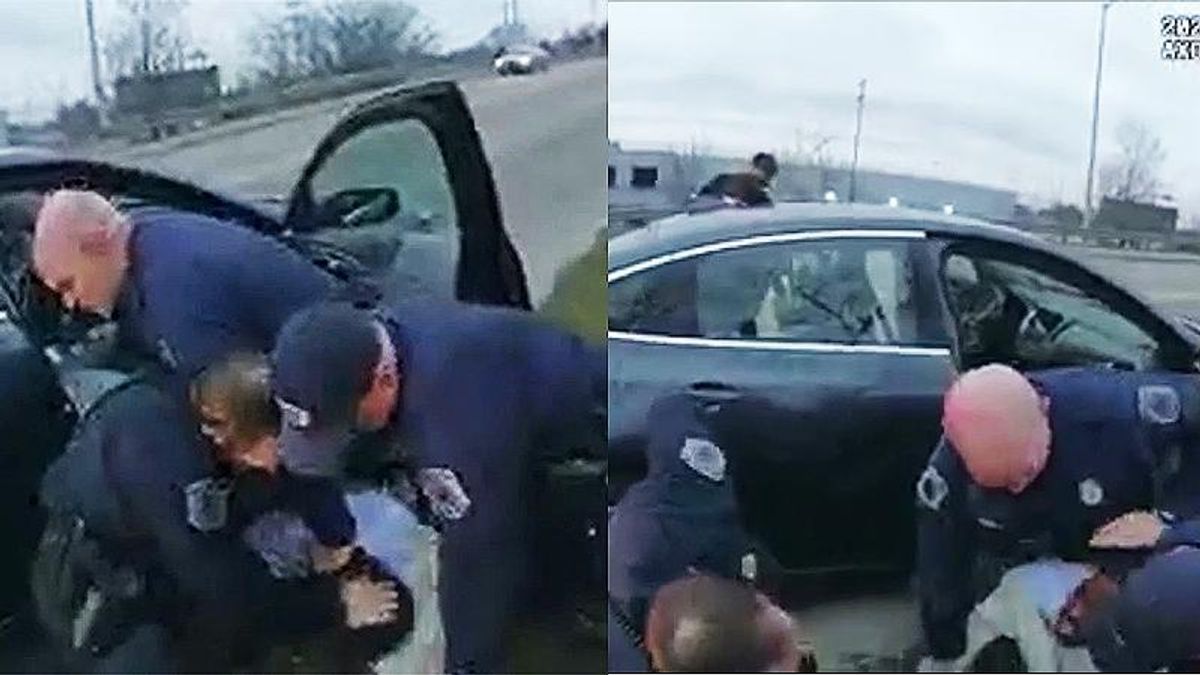 Hood reportedly jumped into the passenger seat, which police took as an attempt to flee. The video shows Hood being held down by three police officers, and one punches him several times in the face. Hood can be heard screaming as officers shouted "stop resisting." Officers then held him down and Hood can be heard yelling, "I can't breathe."

"According to Grand Rapids police, the traffic stop was part of its Operation: Safe Neighborhoods program in response to an uptick of violent crime in the area, and claim they had 'timely and accurate intelligence' to justify it," the report said.

"This is the police work that I expect from my personnel," said Chief Payne. The department then claimed that they searched the car and found four weapons, which they're using to charge Hood with felonies. Hood has also been charged with attempting to disarm a police officer, carrying a concealed weapon and resisting arrest.

Lawyer Tyrone Bynum is representing the men in the car. In a statement, he said, "What I saw in the video was another George Floyd." He noted that the alarming part came from officers who can be heard saying that Hood was "lucky he's not dead."

"You don't have to listen to me, look at the video," said Bynum.

"As with all Use of Force incidents, the encounter was reviewed by supervisors and members of the department's Training Unit. To date there have been no Internal Affairs complaints filed in this incident," said a statement from the police department, according to MichiganLive.com.

See the video below via MichiganLive: