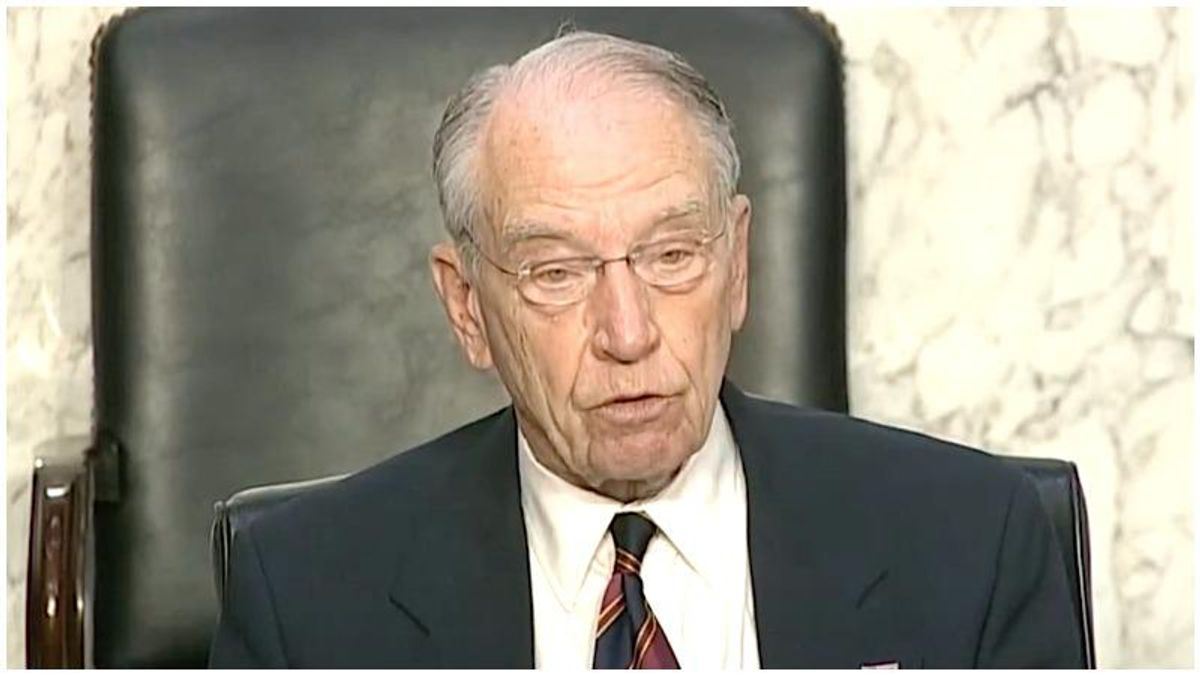 Grassley went on to say that he objects to the title of the hearing, "Jim Crow 2021: The Latest Assault on the Right to Vote."

"Like others on this committee, I'm a fan of history -- I try to learn from it. I don't use it to insult my opponents," he continued. "As I said, the title of this hearing is offensive, and as a student of history, this title diminishes the very real challenges and unfairness that minorities endured in the Jim Crow south at the hands of southern Democrats."

Grassley pointed out how the "liberal Washington Post" gave President Biden "four Pinocchios" over his claim that Georgia's new law ended voting hours early -- a claim that Biden repeated after the Post's fact check. He said that liberals' alleged false claims about Georgia's voting law have resulted in big business punishing the people of Georgia "for their political choices."

"When partisans and companies collude to ruin the livelihoods of their opponents, there's a term for that: it's economic terrorism."