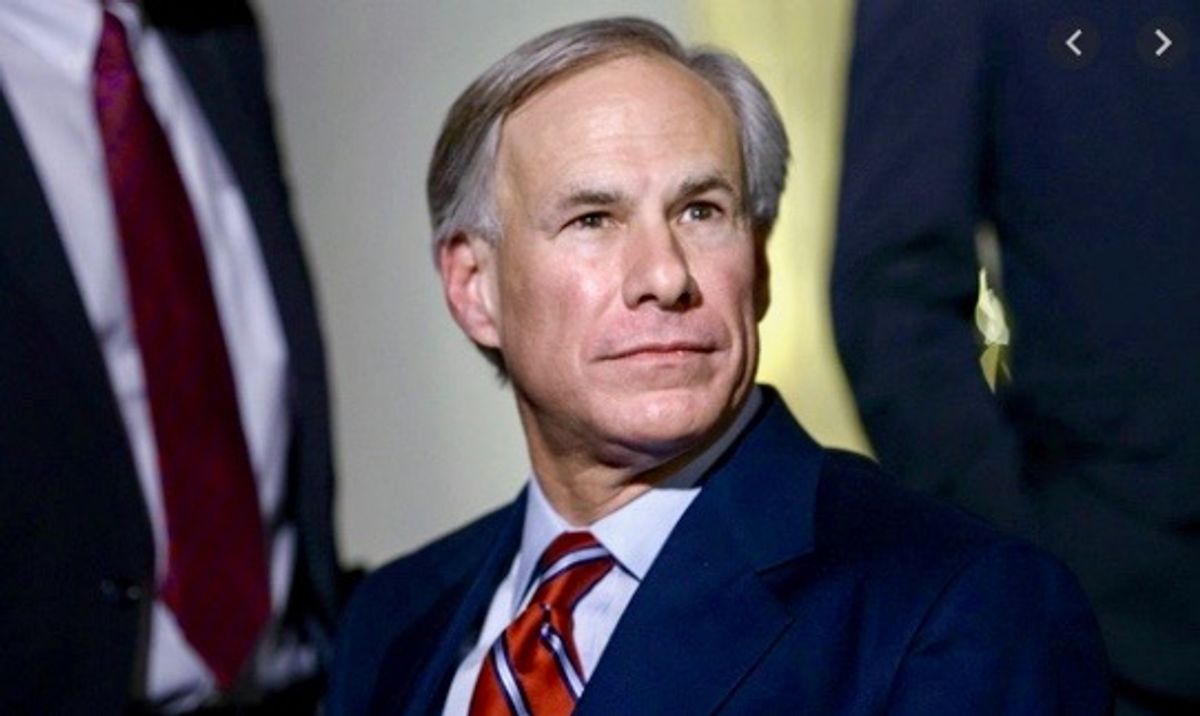 On CNN Wednesday, anchor Erin Burnett tore into the leadership failures of Gov. Greg Abbott (R-TX) throughout the disastrous winter storm — and his frantic efforts to blame anyone but himself.

"A cascading, catastrophic blackout," said Burnett. "That's what the man overseeing Texas' power grid is warning right now. The sun setting in Texas right now. Close to 7 million Texans are being told to boil water. The state's governor says expect rolling blackouts to continue. After three days there's still no estimate as to when power will fully be restored for the millions who are freezing ... this is a child safety gate being burned by a family to heat their home. And then this picture. this man says he's having to resort to using closet rods to burn those in order to keep from freezing."

"Look at this picture," said Burnett. "This is the Texas-Arkansas border. The side that is cleared is the state of Arkansas. The side that is not cleared is Texas ... Arkansas did it just fine, Texas didn't. This is on texas leadership. While these power outages highlight, frankly, how fragile all of America's infrastructure is, something could happen somewhere else in the country and this could be you — the fact it's happening in Texas, the state that produces more power than any other state, is a result of failed policy by a Republican governor."

"The Washington Post reports that according to his own energy department, most of the losses have come from failures to winterize the power generating systems," said Burnett. "After all, wind power works just fine in Canada, right? Think, just put the winter package on it. Abbott is passing the buck, trying to blame progressive Democrats for their plan trying to tackle climate change."

"There's no explanation to why ... Arkansas can [plow] that road and Texas can't," added Burnett. "This is Governor Abbott scrambling for answers, while people are burning child gates."